Kacey Musgraves made history when she won the 2019 Grammy for album of the year, but there's one award she won't win: entertainer of the year at the Academy of Country Music Awards. 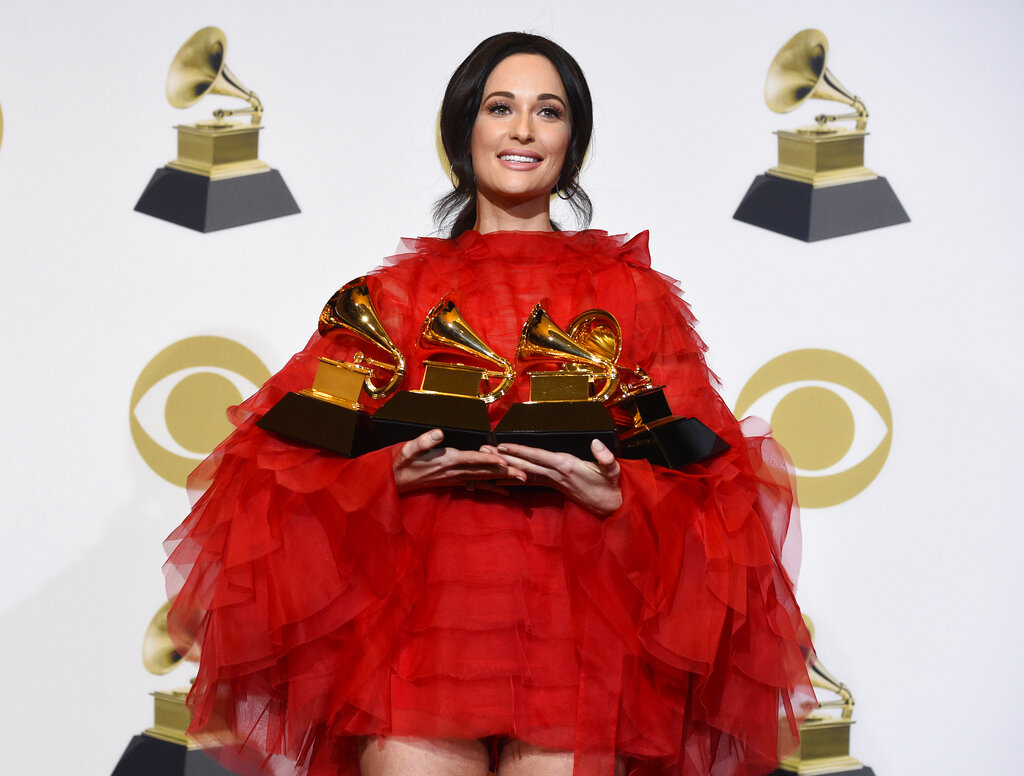 That's because no women are nominated for the show's top award Sunday. Instead, men make up the nominees exclusively with Chris Stapleton, Keith Urban, Kenny Chesney, Luke Bryan and Jason Aldean.

Reba McEntire, who is hosting the show at the MGM Grand Garden Arena in Las Vegas, said it is disappointing that a female act isn't in contention for the coveted ACM award.

McEntire says women in country music are working hard but "they're being overlooked right now."