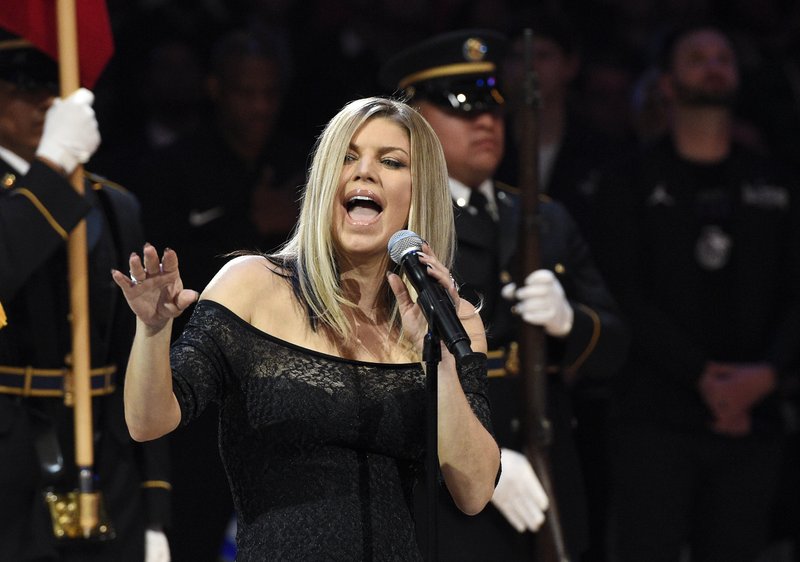 Fergie tried something different with her national anthem at the NBA All-Star Game, and not everybody was cheering.

The Black Eyed Peas singer’s slow, bluesy rendition of “The Star-Spangled Banner” on Sunday night wasn’t particularly well received at Staples Center or on social media before the 67th edition of the NBA’s annual showcase.

A low chuckle rumbled through the sold-out arena after Fergie finished the first line of the song with a throaty growl on “the dawn’s early light.”

Fans throughout the star-studded crowd reacted with varying levels of bemusement and enthusiasm while her languid, 2 ½-minute version of the song continued. Although Fergie was on pitch, her tempo, musical accompaniment and sexy delivery were not exactly typical for a sporting event or a patriotic song.

Golden State All-Star Draymond Green captured the mood — and became an instant GIF — when he was shown open-mouthed on the scoreboard and the television broadcast in apparent confusion over the unique vocal stylings. Green then chuckled to himself after realizing he was on TV.

After a forceful finish, Fergie finally got big cheers when she shouted, “Let’s play some basketball!”

Famed basketball commentator Charles Barkley joked that he “needed a cigarette” after Fergie’s performance during the TNT halftime show.

Former Lakers star Shaquille O’Neal leaped to Fergie’s defense, saying: “Fergie, I love you. It was different. It was sexy. I liked it. Leave her alone.”

Others on social media weren’t as kind, with criticism of the performance outpacing the positive reviews.

The Forum in nearby Inglewood, California, was the site of arguably the most famous national anthem in sports history during another NBA All-Star Game 35 years ago.

Marvin Gaye’s touching rhythm-and-blues version of “The Star-Spangled Banner” at the 1983 game was initially criticized, but has since gained widespread acceptance as a groundbreaking musical performance.

Instead, Fergie is more likely to join the long list of curious versions of the anthem, even though she showed far more impressive vocal chops than the likes of Roseanne Barr or Carl Lewis.