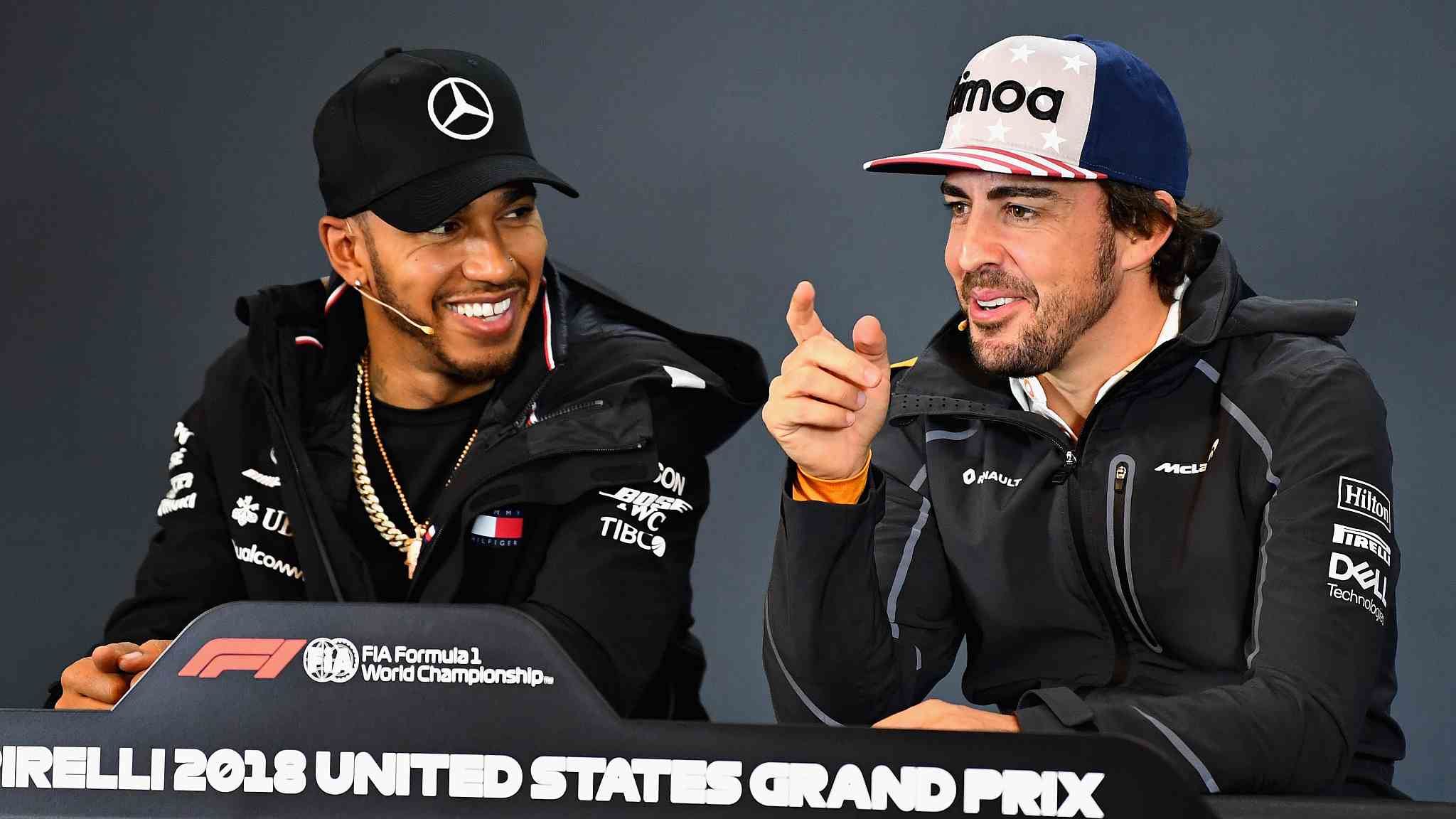 Fernando Alonso heaped praise on Lewis Hamilton and omitted Sebastian Vettel on Thursday when he was asked to name his five greatest Formula One drivers of all time.

Speaking at a news conference ahead of this weekend's United States Grand Prix, the two-time world champion Spaniard said that Hamilton had proved his talent by winning in cars that were not expected to be victorious.

"It is difficult to compare those different times and different championships, but Lewis matching Juan Manuel Fangio with five championships will be a great achievement," said Alonso.

"If one (driver) had to do that in our generation, I am happy it is Lewis as he has showed the talent and commitment. When the car is dominating, then he delivers, and when it is not good enough to win a world championship, he still puts in the performance to show his talent.

"That is difficult to see nowadays."

Hamilton needs to outscore Vettel, a fellow-four-time champion, by eight points in Sunday's race to clinch his fifth title, but he avoided all talk of any glory that may ahead.

Alonso spoke twice in glowing terms of Hamilton's raw talent and speed, the pair having been McLaren team-mates in 2007 when the Briton entered Formula One.

"Thank you," said Hamilton, softly, after his first response.

"This would probably be the top five for me," he said.

Asked by Australian Daniel Ricciardo of Red Bull, who was sitting close to him, if he would include himself, Alonso said: "No. Not really."

Hamilton spoke of both Fangio and Vettel as he responded to questions.

"Fangio is the Godfather of the sport for us," he said in one answer. "He's one of the greats from the beginning. It's crazy for me to think that l am embarking on a similar number of championships that he had."

He also explained why he had recently defended and supported the luckless, under-fire Vettel, with a social media post on Instagram, following his and Ferrari's recent slump in form.

"I think if I was in the same position they would do the same thing," he said.

“As drivers, we are all members of the Grand Prix Drivers' Association (GPDA) and I think we all need to stick together.

"And I think the respect that we have for one other is the best that it has been for many years, at least in the years that I've been in Formula One.

"Ultimately as a four-time world champion, it is the most intense year that we've had. Every hiccup is magnified, as it is with any sport at the top, but there have been several times where I've been in the firing range and Seb has always been really respectful in supporting me so I thought it was only just to do the same."