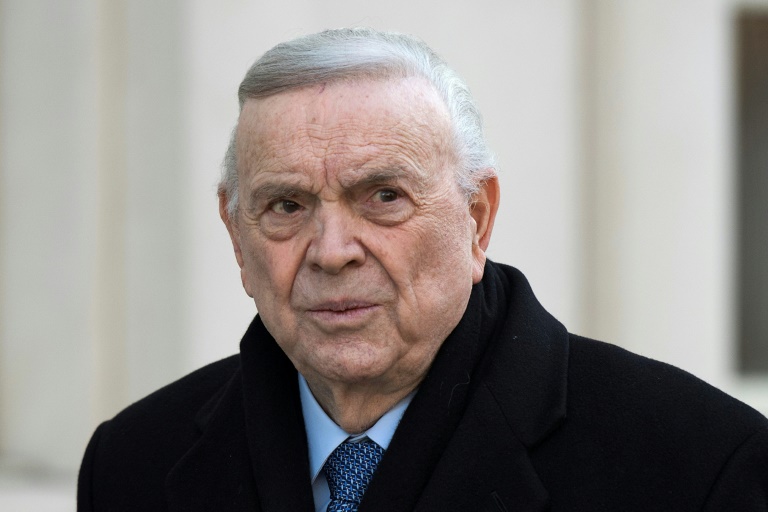 FIFA on Monday slapped a lifetime ban on the disgraced former boss of Brazilian football, Jose Maria Marin, after a US court convicted him of massive corruption.

The 86-year-old Marin was one of the key figures swept up in the graft scandal that began with a series of stunning arrests in 2015 and subsequently upended world football.

He had already been sentenced to four years in a US prison after a court in New York found him guilty in connection with nearly $6.6 million in bribes from sports marketing companies in exchange for contracts to broadcast major tournaments.

But the decision from FIFA's independent ethics judges definitively confirms that Marin is finished in football.

FIFA's ethics committee said in a statement that Marin had participated in various bribery schemes.

Judges "banned him for life from all football-related activities (administrative, sports or any other) at both national and international level", a FIFA statement said.

FIFA also imposed a 1 million Swiss franc ($1 million) fine against Marin, once one of the most powerful figures in world football.

Following his May 2015 arrest at a luxury hotel in Zurich, Marin spent five months in a prison in Switzerland before being extradited to the United States.

He posted bail of $15 million and spent two years living in luxury at Trump Tower, the Fifth Avenue skyscraper best known for housing the penthouse and company headquarters of the US president.

But his life of excess dramatically came to a halt at his sentencing in August, when he broke down in tears over the "nightmare" his family had endured.