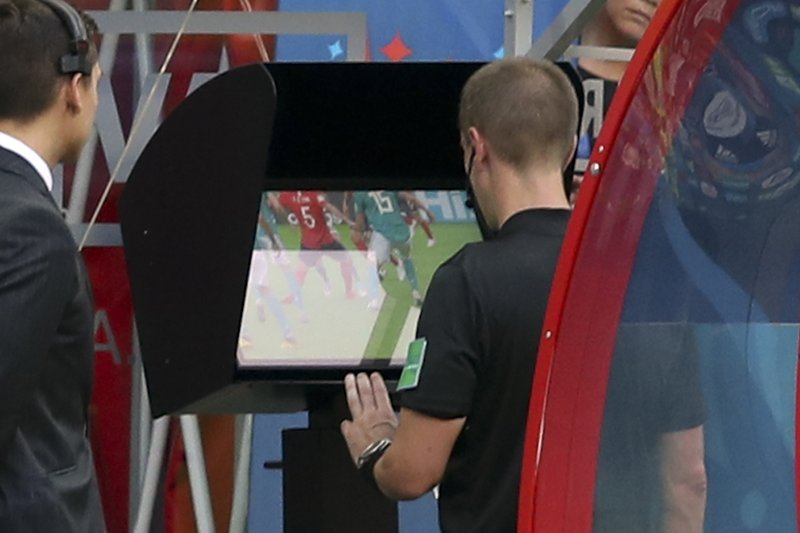 FIFA says video reviews are “close to perfection” at the first World Cup to use the system, claiming 99.3 percent of “match-changing” plays were called correctly.

Don’t tell that to some of the coaches still angry about a few penalties, fouls or cards that were or weren’t handed out.

The system has had a major impact, with seven penalties awarded using the Video Assistant Referee system. Two goals were given after being initially ruled offside, including one by South Korea that helped to eliminate world champion Germ any.

FIFA’s referee committee head Pierluigi Collina claimed Friday that 99.3 percent of “match-changing” decisions were called correctly at the World Cup — “very, very close to perfection” — based on assessments by him and other senior ex-referees. Without VAR, the figure would be 95 percent, Collina said.

That missing 0.7 percent in Collina’s statistic is still bitterly contentious.

Serbia’s coach suggested a referee should be sent to a war-crimes tribunal when his team didn’t get a penalty after two Swiss defenders appeared to hold Aleksandar Mitrovic in the penalty area . English media complained about Tunisian defenders grappling with striker Harry Kane .

Collina didn’t address those plays directly, but suggested they prompted a warning to referees to be stricter about holding in the penalty area.

“I think you might have appreciated that at a certain point of the group phase there were some incidents which suddenly disappeared,” he said. “We had some holdings and they almost disappeared, but if they continued they were punished with the corresponding decision.”

That’s an example of the refereeing system being “fine-tuned,” Collina said.

VAR means players and viewers expect more from referees. FIFA’s head of refereeing Massimo Busacca expressed frustration about the interest in errors. “Today you are asking to be God, perfect,” he said. “Who is perfect in this life?”

On the whole, FIFA views VAR’s rollout as a success.

Before the World Cup, there were concerns about referees who hadn’t used the system before, about slower games and pedantic rulings on minor fouls. However, FIFA says the ball has been in play for longer than at the last World Cup and total fouls are down through 48 games.

The VAR crews, wearing full referee kit in a darkened room on the outskirts of Moscow, are urged to view incidents at normal speed so they aren’t too harsh on slight contact between players. They can use slow-motion to find the point of contact, but normal speed to decide how serious it was.

The VAR crews have examined 335 incidents — 6.9 per game — including all the goals, but flagged only 17 for formal review. Fourteen decisions were changed and three were upheld.

Collina said he hopes for VAR discussions between referees and the control room to be part of TV broadcasts in future. However, FIFA’s deputy secretary general Zvonimir Boban immediately pushed back against that idea, saying the mix of languages at the World Cup could make it “impossible” for broadcasters.

The more VAR is used, the more players demand it. Players and coaches are constantly drawing a TV screen with their fingers at this World Cup, but Collina said referees should only book players if it’s meant to be “disrespectful.”

Referees themselves aren’t allowed to speak with reporters, but FIFA says they welcome VAR.

“In some situations, I prayed a lot when something occurred. I said ‘My God, what happened?’ And then, at the end I was lucky in very difficult circumstances. Sometimes I decided without seeing, only made an interpretation from distance,” said Busacca, who had a long refereeing career including two World Cups.

“What we want to give to the referees is this big opportunity not to be lucky.”