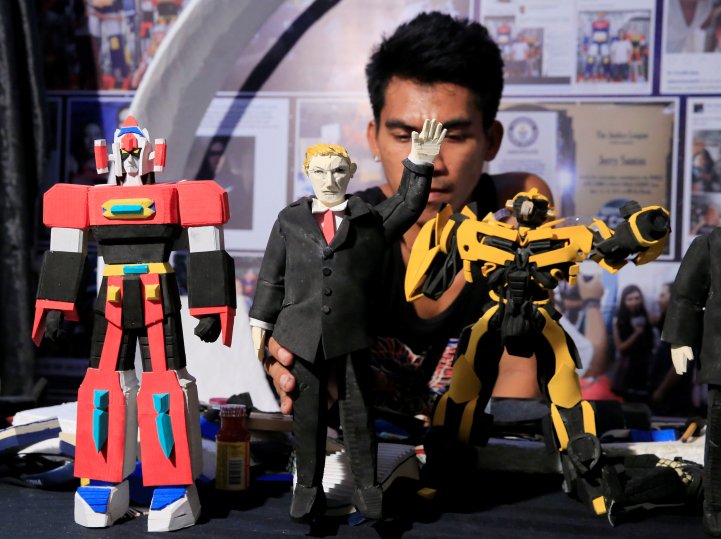 A Filipino artist who won fame for his flip-flop sandal carving of a superhero this year has turned his talents to creating an action figure of U.S. President Donald Trump.

The American leader is due to arrive in Manila on Sunday to attend a regional summit, the final leg of a 12-day Asian trip.

Elmer Padilla, who is known for his collection of superheroes and pop culture characters made from flip-flop footwear, said he made the figurine of Trump to welcome him to the country.

“I did this to show that we Filipinos love making art and we love idolizing presidents who help our country,” Padilla told Reuters Television.

Padilla, 30, won fame after Hollywood actor Mark Ruffalo, who plays the Marvel superhero The Incredible Hulk, posted the artist’s rendition of his movie role in a viral Facebook post in October.

An action figure sells for $25 each. Padilla said he had no plans to sell the Trump figure but hoped to give it to the U.S. leader.