BEIJING, Sept. 23 (Xinhua) -- "The Captain," a cinematic portrayal of a miraculous emergency landing made by a Chinese pilot, will be shown across the country starting from Sept. 30, a day ahead of the week-long National Day holiday, according to the China Film Distribution and Exhibition Association. 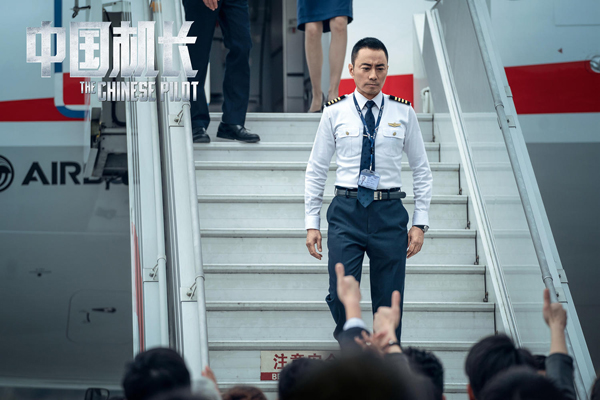 A poster for the Chinese films The Chinese Pilot. (Photo: China Daily)

Directed by Andrew Lau Wai-Keung and starring Zhang Hanyu, Yuan Quan, Ou Hao and Du Jiang, the film, previously known under a pre-release title "The Chinese Pilot," is based on a real-life incident.

The incident occurred on May 14, 2018, after the right side cockpit window of a Sichuan Airlines-operated Airbus A319 plane broke mid-flight over Chengdu, southwest China's Sichuan Province, at an altitude of 32,000 feet.

Part of the co-pilot's body was sucked out of the plane due to the sudden decompression and he was saved only by his seat belt. The plane lost most of its automated controls.

Pilot Liu Chuanjian managed to regain control and manually slowed the plane, making a successful landing in Chengdu, with all the 119 passengers safe and sound.