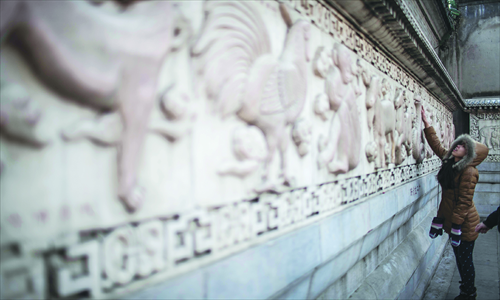 A Chinese mainland director of a Taoism-themed documentary sparked fury after she insisted on participating in the 2019 Taipei Golden Horse Film Festival despite a ban on Chinese mainland movies and artists from joining.

Liang Xingyang, a Taoist from Xi'an, capital of Northwest China's Shaanxi Province, strongly criticized the film Shaonianwendao and its director Zhu Yu on Thursday, saying they are a big disgrace to Taoism and brought shame to the country for being the only film from the Chinese mainland to participate in the festival.

The film tells the story of a 657-kilometer journey of four young Taoists who walked and begged from Baiyun Temple in Beijing, to Taixu Temple in East China's Shandong Province for 15 days.

Liang also urged the Baiyun Temple and the Chinese Taoist Association (CTA) to condemn the director.

Liang's comments have won overwhelming support from netizens, who said the director just wanted to attract attention, and urged authorities to permanently ban the director and film.

According to media reports from the island of Taiwan, the documentary joined the festival before the July 31 deadline. Many mainland and Hong Kong films and studios announced their withdrawal from the festival after China Film Administration issued a notice on August 7 barring stars and films from participating.

An official from the Taiwan Affairs Office of the State Council, said the reason behind the suspension was because the "political situation and political ecology of Taiwan would breed many problems," Taiwan-based news site ettoday.net reported.

Liang said the director's participation at the festival shows the director has no political sensitivity and she obviously just wanted to promote herself.

"Many religious and cultural exchanges have been conducted between the two sides of the Taiwan Straits before. Everyone hopes to promote the peaceful reunification through the mutual understanding and exchange among religious circles. But at this stage of strained cross-Straits relations, the director did it just for personal interests under the guise of culture communication," said Liang.

Many observers had told the Global Times previously that politics has affected the judgment of this film festival in recent years, and it is important for filmmakers from the Chinese mainland to make a gesture and resist the inappropriate behavior and comments of some artists at the festival.