The 15th Chinese Film Festival in Bangkok and the 2020 China-Thailand Film Exchange Week opens at the China Cultural Center in Bangkok on Oct 25, 2020. (Photo: Chinaculture.org)

The COVID-19 pandemic doesn't impede the enthusiasm for cultural exchange between China and Thailand. This film festival uses live broadcast to present the opening ceremony and host the "China-Thailand Film Exchange and Cooperation Online Seminar". During the film festival, audiences can use the online platform of the China Cultural Center in Bangkok to watch films online, which greatly increases the global reach of the festival. 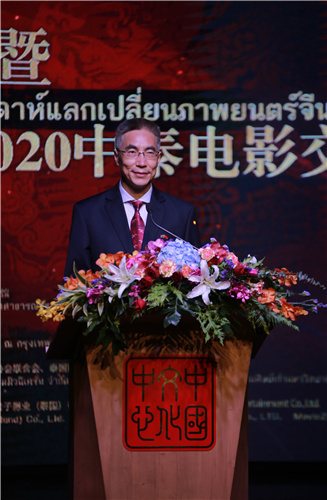 Gu Hongxing, director of the China Cultural Center in Bangkok and China Tourism Office in Bangkok, speaks at the opening ceremony. 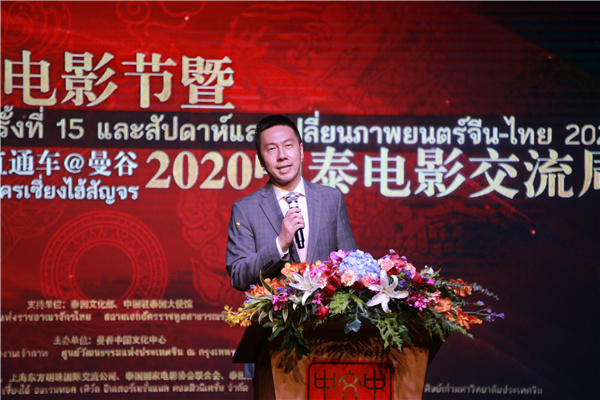 Yang Xin, Chargé d'affaires of the Chinese Embassy in Thailand, speaks at the opening ceremony. 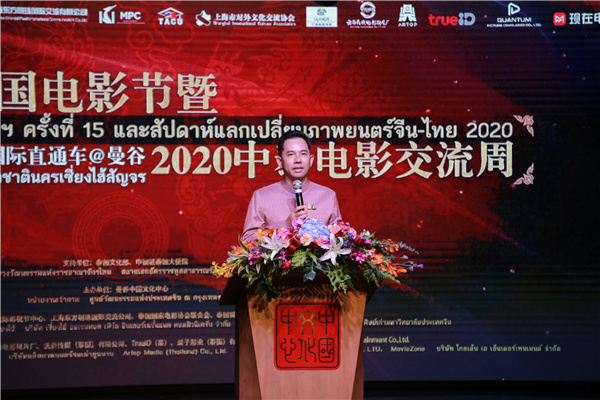 Thailand's Minister of Culture Itthiphol Kunplome said in his speech the governments and people of Thailand and China have been in constant exchange. Cooperation in various fields has developed steadily, and the film festival is another important event to further promote cultural exchanges between the two countries. The people of the two countries can promote their understanding of the cultures of both sides through films, and promote friendly relations and cooperation in other perspectives.