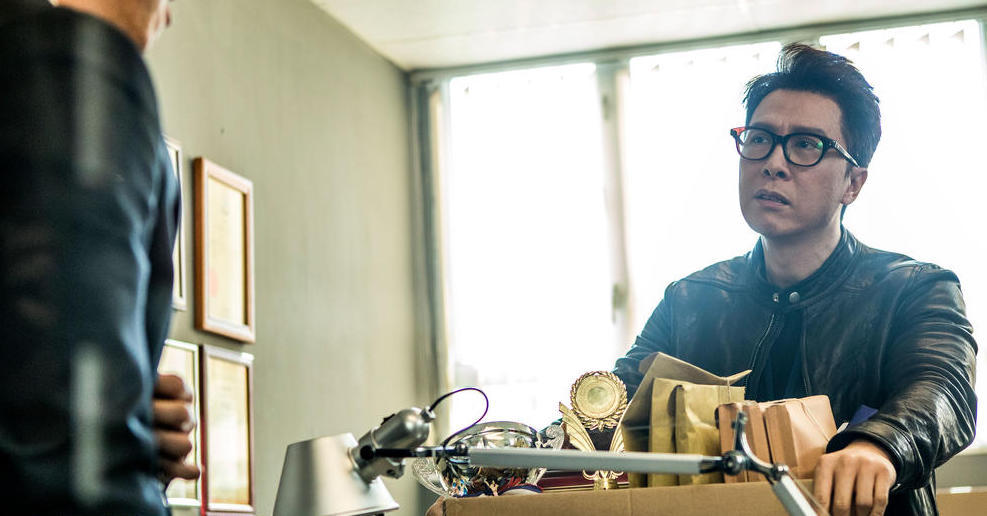 The Fat Dragon is among the Smart Cinema lineup that can be watched on both smartphones and VIZIO television sets in the United States. (Photo: China Daily)

More than two months after Chinese theaters reopened after COVID-19 closures, the film industry needs to boost its internet presence as a supplement to boost the century-old industry's stable recovery, said a veteran insider during the recently concluded China Golden Rooster and Hundred Flowers Festival 2020.

Nearly 70,000 screens in more than 10,000 cinemas across China, the world's second-largest movie market in terms of box office earnings, were shuttered for half a year due to the pandemic, making online platforms the major portal for locals to enjoy films.

Now available in China and some foreign countries including the United States, South Korea, Spain and Italy, Smart Cinema is a pilot project authorized by China's top film authority, providing new theatrical releases with a cinema-like experience requiring one e-ticket for one viewer.

"The film industry has existed and developed for 125 years. In spite of its continued strong vitality, the industry needs to seek a breakthrough for a stable and sound development amid the post-pandemic era," said Gao.

"The COVID-19 outbreak had hit the brick-and-mortar cinemas hard, but it has also accelerated a shift where more audience members are turning to online services instead of actual venues," he added. "Cinemas will not disappear or be replaced, but they will be changed, especially by becoming more closely connected with the internet."

Taking the Spring Festival holiday in late January as an instance, Gao said he read statistics showing that films released online had attracted around 600 million views in the first three days during the festival while most people stayed at home under quarantine protocols.

Gao said Smart Cinema has recently signed a collaboration deal with the American TV brand VIZIO to make more than 40 new Chinese films, such as The Fat Dragon and Bright Torch, to reach millions of families in the US.

Additionally, the 19th New York Asian Film Festival – which took place between Aug 28 and Sept 12 –signed Smart Cinema USA – the app's American subsidiary– as its official platform to exhibit more than 40 outstanding Asian films, including the animated feature Mr Miao, The Girl and the Gun, and Kim Ji-Young: Born 1982.

Gao, who previously worked as an executive in Dalian Wanda, where he was mainly in charge of the enterprise's North American business, says he believes the internet could create more opportunities to spread Chinese culture and stories overseas.