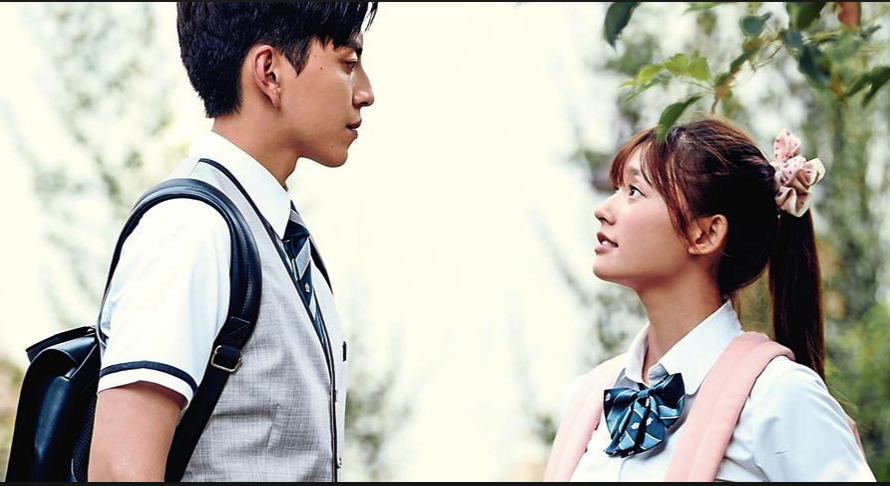 Previously adapted into films and TV series in Japan and outside, the manga comic series Itazura na Kiss, written and illustrated by Kaoru Tada, is again being brought to the big screen.

The romantic comedy, coming on Valentine's Day, tells the story of a high school student named Yuan Xiangqin who falls in love with her smart schoolmate Jiang Zhishu after they accidentally kiss. Yuan's untiring pursuit of Jiang finally results in him falling for her, too. The film stars Lin Yun and Darren Wang in the lead roles.

While the plot is well-known, Chen says the film is still inspirational for young people.

Many in Asia seem to be familiar with the love story, she said at the film's media preview in Beijing on Tuesday.

"I wanted to keep the classic moments while presenting new details, and make both fans of the original story and those who have not heard about it, happy."

Chen made her debut with Our Times in 2015, another love story, for which she was nominated in the best new director category at Taiwan's Golden Horse Awards in 2015. Although she didn't win that award, her work was noticed.

Japanese actor Takashi Kashiwabara, who played the role of Naoki Irie (the smart schoolboy) in the first film adaptation of Itazura na Kiss in 1996, writes on Chinese social media platform Sina Weibo that he had played the role while in his teens, and is now looking forward to the latest movie to see how the story is told in today's context.

Chen invited a Japanese designer to help design the school uniform for her film. Elements of modern life in China such as the use of mobile app WeChat to share gossip and organize activities of the characters in the film have been added in Chen's version.

Chen says her film's actress Lin was given the original manga series to read so she could understand more about Yuan's personality in Fall in Love at First Kiss. They discussed a lot during the shooting, as Lin often gave Chen ideas about how the character Lin plays would react to different situations, Chen adds.

The film's actor Wang, who plays the role of the high-IQ schoolboy that Lin's character loves, says he hopes the audience accepts him in his new role.

Chen says very smart people can belong to different types. Sherlock Homes, the fictional detective, for example, is talkative, while Jiang, the schoolboy of the film, is "just uncommunicative－cool from the outside but actually warm inside".

The role was demanding for Wang, as his rich expressions and body movements used in earlier film and TV roles could not be used to play Jiang, Chen says.

"So his new weapons were his eyes," Chen continues. "I think both Wang and Lin have played their roles exactly the way I had imagined Jiang and Yuan to be."

Many funny scenes make the film both touching and relaxing.

"Love is the most powerful energy in the world, and I hope the audience is hit by love," Chen says of her film.