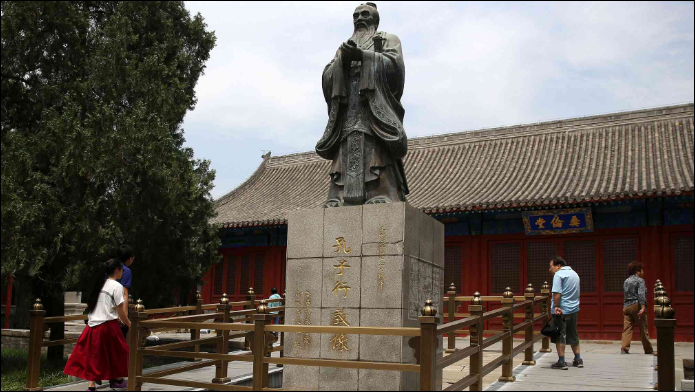 A documentary on Confucius started shooting in the city of Qufu, the birthplace of the ancient Chinese educator and philosopher in east China's Shandong Province Friday, the 2,569th anniversary of his birthday. The six-episode documentary, 300 minutes long, will focus on the influence of Confucianism today.

"The documentary will present history, and create a dialogue between past and present, taking a record of how Chinese traditional culture is passed on and innovated," said Yan Dong, director of the documentary.

Many of the 600,000 cultural relics kept in archives in the Kong Family Mansion will also be presented for the first time in the documentary, he said.

Confucius (551-479 B.C.) founded Confucianism, a school of thought that has deeply influenced later generations. The ideas advocated by Confucius include rule by virtue, self-discipline in appeasing others and harmony in diversity.

The documentary will be released on September 28, 2019, the 2,570th birth anniversary of Confucius.