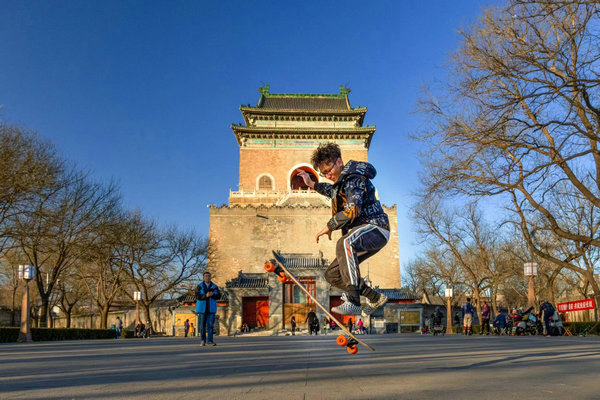 A local skateboards in front of the Bell Tower. [Photo by Zhu Yunxia/For China Daily]

A total of 30 photography works by people between the ages of 6-17 were picked as winners by a panel of judges on Oct 26 for the Competition for the Transmission and Promotion of Beijing Central Axis.

The teenage photography track was part of the competition and received more than 2,000 works on scenery, architecture and humanity elements of Beijing's Central Axis.

Since the competition was launched on July 20, it has received widespread attention and positive response from all walks of life, according to the competition organizers.

The competition has received a total of 76,294 entries from all age groups nationwide.

From Oct 26 to Nov 13, a total of 17 final evaluations will be held for 11 categories of the competition, and all the final winners will be announced at the beginning of December. 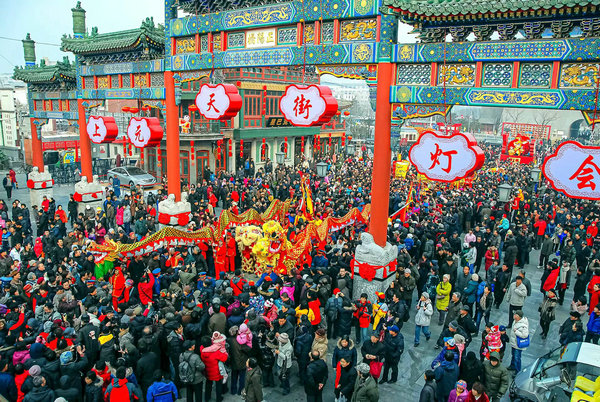