CULTURE Finals tip off with Bell at center for Warriors

Finals tip off with Bell at center for Warriors

The first NBA Finals outside the US have tipped off, with Jordan Bell doing the honors for Golden State. 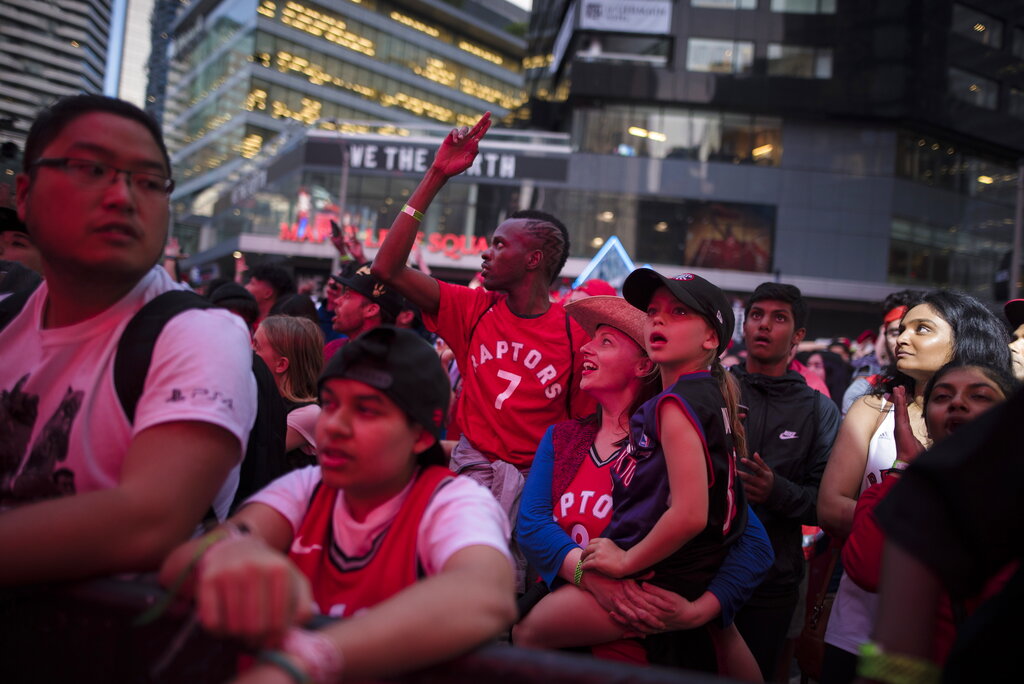 Toronto Raptors fans cheer outside Scotiabank Arena, at what's dubbed "Jurassic Park," before Game 1 of basketball's NBA Finals between the Golden State Warriors and the Raptors in Toronto on Thursday, May 30, 2019. (Photo: AP)

DeMarcus Cousins was active and available after recovering from a torn left quadriceps, but coach Steve Kerr opted to go with Bell as his starting center — or centre, as it's spelled in Toronto. Kerr says he expects he will have to use Cousins in shorter stints in his first game since getting hurt in the first round.

Andre Iguodala was also back in the Warriors' lineup after missing the last game of the Western Conference finals with left calf tightness.