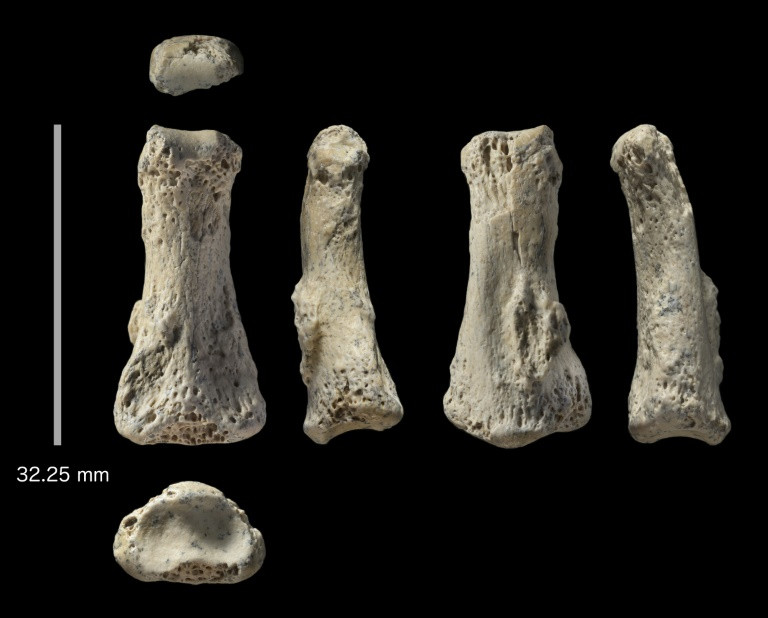 A lone finger bone unearthed in the desert suggests modern humans had penetrated deep into Arabia already 85,000 years ago, said a study Monday that claimed to advance our African exodus by millennia.

The research, published in the journal Nature Ecology & Evolution, challenged a long-held consensus that humans started to move en masse from our birthplace in Africa only about 60,000 years ago, with a few small, unsuccessful migrations before

Recent archaeological finds have started to question that idea, with some claiming evidence of homo sapiens spreading beyond Africa and the adjacent Levant region already 120,000 years ago or more.

However, many of those discoveries -- including from China and Australia -- have doubts hovering over their authenticity and dating, said the authors of Monday's study.

Their new fossil finger bone, on the other hand, unquestionably belonged to a human and could be dated directly using radiometric technology, said the team.

Its age served as rare evidence that "our species was spreading beyond Africa much earlier than previously thought," said study co-author Huw Groucutt from the University of Oxford.

The bone, just 3.2 centimetres (1.6 inches) long, is thought to be the middle bone of a middle finger, likely of an adult. It was discovered in the Nefud Desert of Saudi Arabia in 2016, and analysed over two years.

Groucutt and a team used a form of radiometry called uranium series dating to determine the bone's age by measuring tiny traces of radioactive elements.

The tests revealed it was at least 85,000 years old -- possibly 90,000 -- making it the "oldest directly-dated homo sapiens" fossil ever found outside of Africa and the Levant, said the team.

It is the first fossil of a hominin -- the group of humans and our direct ancestors -- discovered in what is Saudi Arabia today.

Other archaeological finds, which their discoverers claim are even older, may very well be authentic but were not directly dated, said the research team. Most had their age calculated from the sand or rock layers they were found in, or other items in the vicinity. 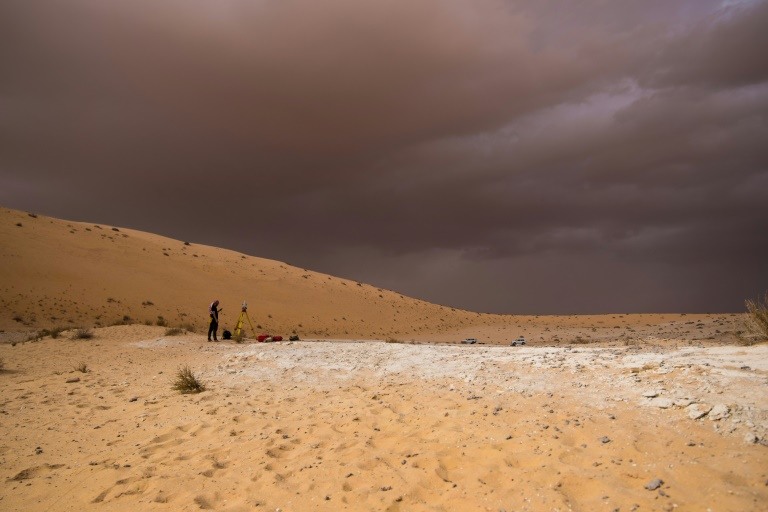 This handout image obtained from the University of Oxford/Max Planck Institute shows survey and mapping of the Al Wusta site in Saudi Arabia, where researchers unearthed evidence redating the first human migration from Africa (Photo: AFP)

Besides redating the human exodus from Africa, the study may also alter its route.

"What we're arguing here is that there were multiple dispersals out of Africa, so the process of the movement and the colonisation of Eurasia was far more complicated than our textbooks tell us," said study co-author Michael Petraglia of the Max Planck Institute for the Science of Human History in Germany.

According to one mainstream theory, humans left Africa in a single wave, moving along the coast from Africa via southern Arabia and India all the way to Australia.

The Levant is roughly the eastern Mediterranean area today covered by Israel, Lebanon, part of Syria, and western Jordan.

The finger shows "that modern humans were moving across the interior, the terrestrial heart, of Eurasia -- not along the coastlines," said Petraglia.

The bone was discovered in an area known as Al Wusta that 90,000 years ago would have looked very different to the desert it is today -- with plentiful rivers and lakes.

The team found fossils of various animals, including hippos, as well as advanced stone tools.

This all pointed to the owner of the finger having been a member of a semi-nomadic hunter-gatherer group moving after water and animals.