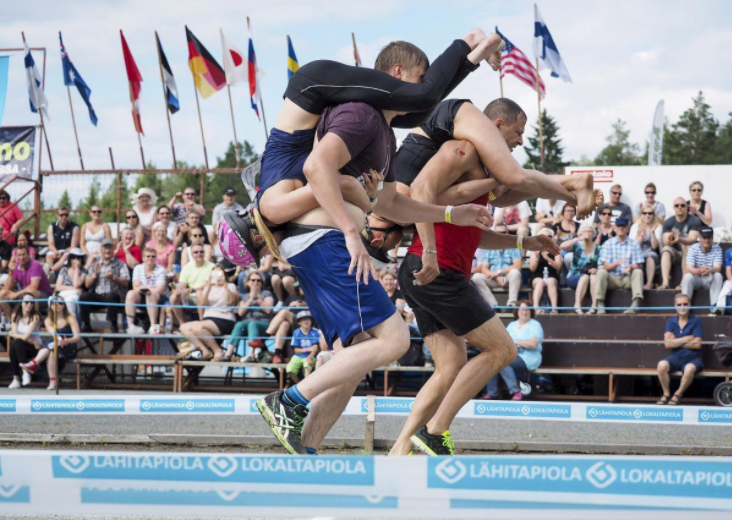 Finland is the world’s happiest country, according to an annual survey issued on Wednesday that found Americans were getting less happy even as their country became richer.

Taking the harsh, dark winters in their stride, Finns said access to nature, safety, childcare, good schools and free healthcare were among the best things about in their country.

“I’ve joked with the other Americans that we are living the American dream here in Finland,” said Brianna Owens, who moved from the United States and is now a teacher in Espoo, Finland’s second biggest city with a population of around 280,000.

“I think everything in this society is set up for people to be successful, starting with university and transportation that works really well,” Owens told Reuters.

Finland, rose from fifth place last year to oust Norway from the top spot. The 2018 top-10, as ever dominated by the Nordics, is: Finland, Norway, Denmark, Iceland, Switzerland, Netherlands Canada, New Zealand, Sweden and Australia.

The United States came in at 18th, down from 14th place last year. Britain was 19th and the United Arab Emirates 20th.

One chapter of the 170-page report is dedicated to emerging health problems such as obesity, depression and the opioid crisis, particularly in the United States where the prevalence of all three has grown faster than in most other countries.

While US income per capita has increased markedly over the last half century, happiness has been hit by weakened social support networks, a perceived rise in corruption in government and business and declining confidence in public institutions. 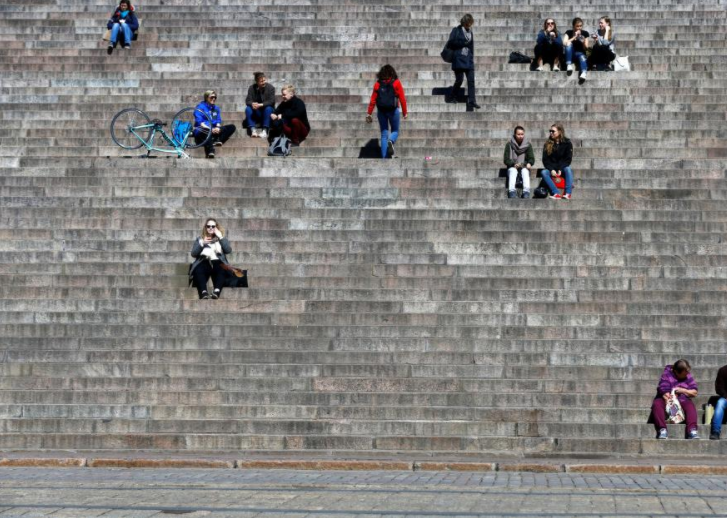 People sit on the steps of Helsinki Cathedral on a sunny day in Helsinki, Finland, May 3, 2017. Photo: Reuters/Ints Kalnins

“We obviously have a social crisis in the United States: more inequality, less trust, less confidence in government,” the head of the SDSN, Professor Jeffrey Sachs of New York’s Columbia University, told Reuters as the report was launched at the Vatican’s Pontifical Academy of Sciences.

“It’s pretty stark right now. The signs are not good for the US It is getting richer and richer but not getting happier.”

“Time will tell, but I would say that in general that when confidence in government is low, when perceptions of corruption are high, inequality is high and health conditions are worsening ... that is not conducive to good feelings.”

For the first time since it was started in 2012, the report, which uses a variety of polling organizations, official figures and research methods, ranked the happiness of foreign-born immigrants in 117 countries.

Finland took top honors in that category too, giving the country a statistical double-gold status.

The foreign-born were least happy in Syria, which has been mired in civil war for seven years.

“The most striking finding of the report is the remarkable consistency between the happiness of immigrants and the locally born,” said Professor John Helliwell of Canada’s University of British Columbia.

“Although immigrants come from countries with very different levels of happiness, their reported life evaluations converge towards those of other residents in their new countries,” he said.