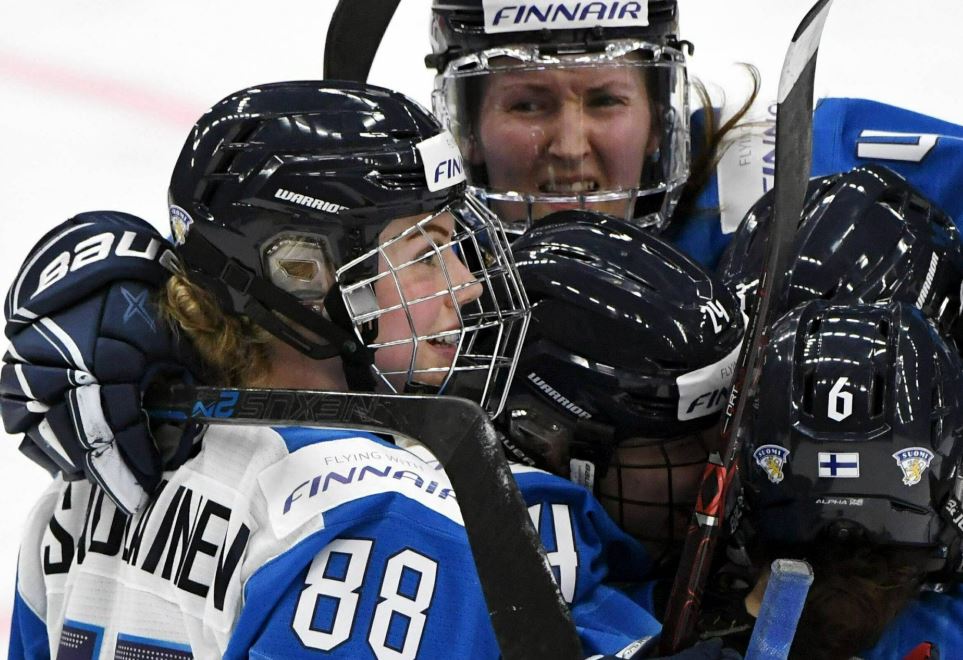 Noora Raty made 43 saves as Finland handed heavily favored Canada its first loss in a semifinal at the women’s world hockey championship, winning 4-2 on Saturday to advance to the gold-medal game.

Ronja Savolainen scored twice, including the empty-netter to seal it with 37 seconds left, and Jenni Hiirikoski and Susanna Tapani also scored for Finland. The hosts face the United States or Russia in the final on Sunday.

The US and Canada had met in all 18 previous world championship finals, dating to the first in 1990. The Canadians won 10 of those games, but only one of the last eight.

Jamie Rattray and Loren Gabel countered for the Canadians, who beat Finland 6-1 on Tuesday in the group stage.

Shannon Szabados stopped 15 shots in her first loss against Finland in 18 starts.

The Finns scored their first two goals on the power play and pulled ahead 3-2 when Tapani scored with 3:42 left in the second period.