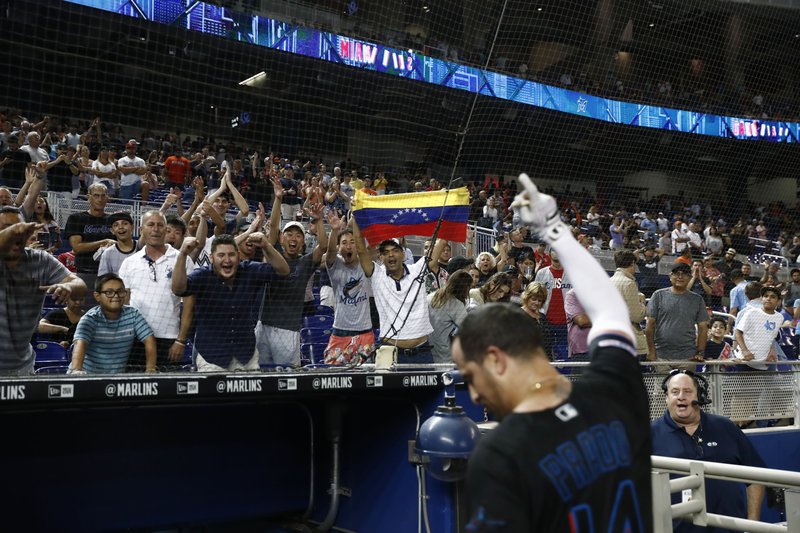 Miami Marlins' Martin Prado (14) waves to fans after hitting a sacrifice fly that scored Harold Ramirez in the 10th inning of a baseball game to defeat the Atlanta Braves, Saturday, Aug. 10, 2019, in Miami. (Photo: AP)

The mess in the Atlanta Braves clubhouse made by a punctured fire extinguisher has been cleaned up before Sunday’s series finale at Miami.

The damage occurred when Braves reliever Sean Newcomb kicked a garbage can in anger after giving up the winning run in the 10th inning of Saturday night’s ugly 7-6 loss to the Marlins.

The metal garbage can hit the fire extinguisher hanging nearby on the tunnel wall between the dugout and clubhouse, and chemical dust began to spew. A large fan helped send dust and smoke flying, preventing the team from entering the clubhouse.

A cleanup crew stayed until early Sunday morning removing the dust. One worker said Newcomb apologized and offered to pay for any damage.

Atlanta’s bullpen gave up seven runs in the final three innings of the game, including four in the ninth.