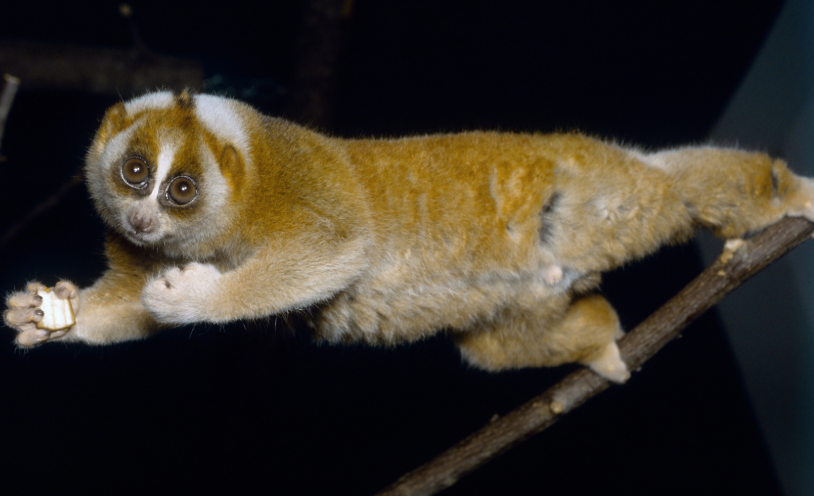 On April 27, a slow loris was found in a hotel in Dehong Autonomous Prefecture, southwest China's Yunnan Province. The animal was spotted near the hotel's hot spring, attracting many guests. The "uninvited guest" was kept in a bucket for safety reasons and the police was called in.

The slow loris was released back to the wild on May 1 after being monitored for three days.