CULTURE First ever China-Pakistan Film Festival kicks off in Beijing

First ever China-Pakistan Film Festival kicks off in Beijing

A four-day film festival kicked off at a theatre of the China Film Archives in Beijing on Aug. 4, 2021, as part of bilateral celebrations for the 70th anniversary of the establishment of diplomatic ties between China and Pakistan. 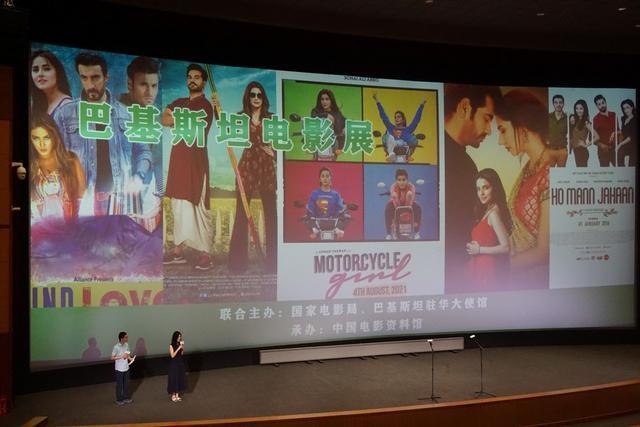 The launching ceremony of the China-Pakistan Film Festival in Beijing on Aust 4, 2021. (Xinhua/Li Chunyu)

Ahmed Farooq, Deputy Head of Mission at the Pakistani Embassy in Beijing, said that this event was organized with the objective of fostering better understanding and cultural exchanges as well as further promoting people-to-people contacts, during his speech at the launching for the festival prior to the premiere of the movie Motorcycle Girl.

Farooq further added that this is just the beginning of a new era of cooperation between the two countries in the domain of film production.

Five Pakistani films are slated to be screened at the film festival, including Motorcycle Girl, Punjab Nahi Jaongi, Bin Roye, Ho Maan Jahan and Blind love, all of which will be played with English and Chinese subtitles.

The film festival is being jointly organized by the Embassy of Pakistan and the China Film Administration.