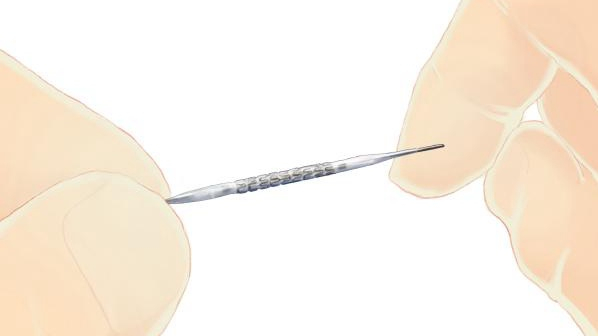 The Firehawk Stent System has made history for debuting on The Lancet, as it is the first-ever Chinese medical instrument recognized by the medical journal founded in 1823.

The internationally prestigious journal published the results of a large-scale clinical trial conducted in Europe on Monday, saying the system has solved a major problem in the field of cardiovascular studies.

The system, developed by China’s MicroPort Scientific Corporation (MicroPort), is a drug eluting stent developed for patients with coronary artery disease. It enables the drugs and bio-degradable polymers to be eluted from micro grooves, which has the highest clinical efficacy and the lowest drug dosage, according to a company press release.

The stent system also shortens the treatment period to one month, while saving 10,000 yuan or so (about 1,463 US dollars) per patient.

Firehawk is the first Chinese product that has finished the clinical trial on “All Comers,” said William Wijns, a professor with the National University of Ireland Galway who led the study.

Pathological changes including calcification used to potentially cause polymers and drugs to rupture and fall off during the installation and transmission of the stent – that has set obstacles for thrombosis experts during the past few decades.

“It costs us 15 years to come up with the final generation,” said Dr. Chang Zhaohua, founding chairman and CEO of MicroPort.

The burden of coronary disease has increased since 2004. About 753,142 coronary intervention cases were recorded in China in 2017.

“Scientists [in China] need a society which is relatively confident in self-innovation,” Chang said. “We hope the bias, which believes imported products are always better than those ‘made-in China’, can be eliminated.”

The Chinese medical instrument’s debut in The Lancet has been praised by social media users on Weibo.

“Have we applied for the patent?” user @Tuzibulianyao asked amusedly.