British actress Jodie Whittaker, the first female “Doctor Who,” said on Thursday that playing the role of the extraterrestrial being who explores the universe in a time machine and spacecraft was “really liberating.” 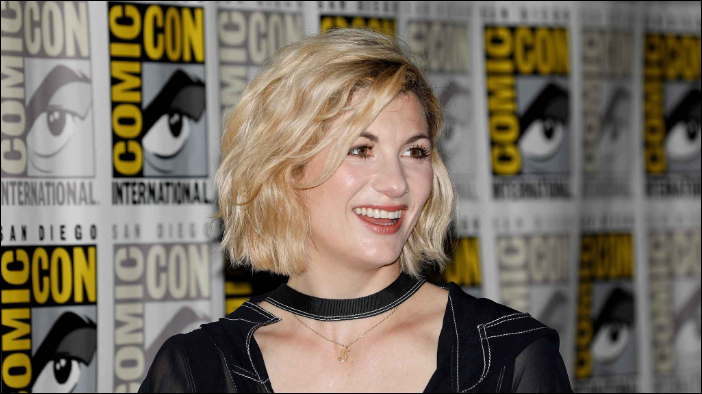 Jodie Whittaker "The Doctor" from the cast of the BBC show "Doctor Who" appearing at the pop culture convention Comic-Con in San Diego, California, July 19, 2018. (Photo: VCG)

Whittaker, 36, made her public debut as the first woman and the 13th actor to play the role since the show first began airing on Britain’s BBC network in 1963.

Appearing before some 6,000 fans at San Diego’s annual Comic-Con pop culture gathering, she said casting a woman to lead the long-running sci-fi television series was inevitable.

Tradition has it that when a new actor takes on the part of the character, the old, damaged time traveler regenerates into a new body.

“It’s 2018. It’s the direction that (the show) was always going to go in,” Whittaker told Reuters Television. “Obviously, it’s the first time there has been a female Doctor. But the Doctor is regenerated every time...so there is only a slight difference.

“It’s such an exciting world to be in. It’s brand new every single day for me. There is no role I have ever played that has, or will ever, come close to this. It’s an absolute joy.”

The new season of “Doctor Who” has been filming in secret for months, but the BBC on Thursday released the first trailer in which Whittaker’s Doctor Who says, “All of this is new to me. New faces, new worlds, new times.”

The BBC has not announced a premiere date for the new 10-episode season of the show, which is one of its biggest worldwide hits.

“You don’t write the Doctor any differently because she’s a woman,” Chibnall said. “The through line of the Doctor continues. It’s just a brilliant new actress playing her.”