BEIJING, July 4 (Xinhua) -- The FIS China Beijing Roller Ski World Cup 2019 will be held in the Beijing Olympic Celebration Square from July 4th to 6th. It is set to be the first class A event of the FIS foundation event held in China. 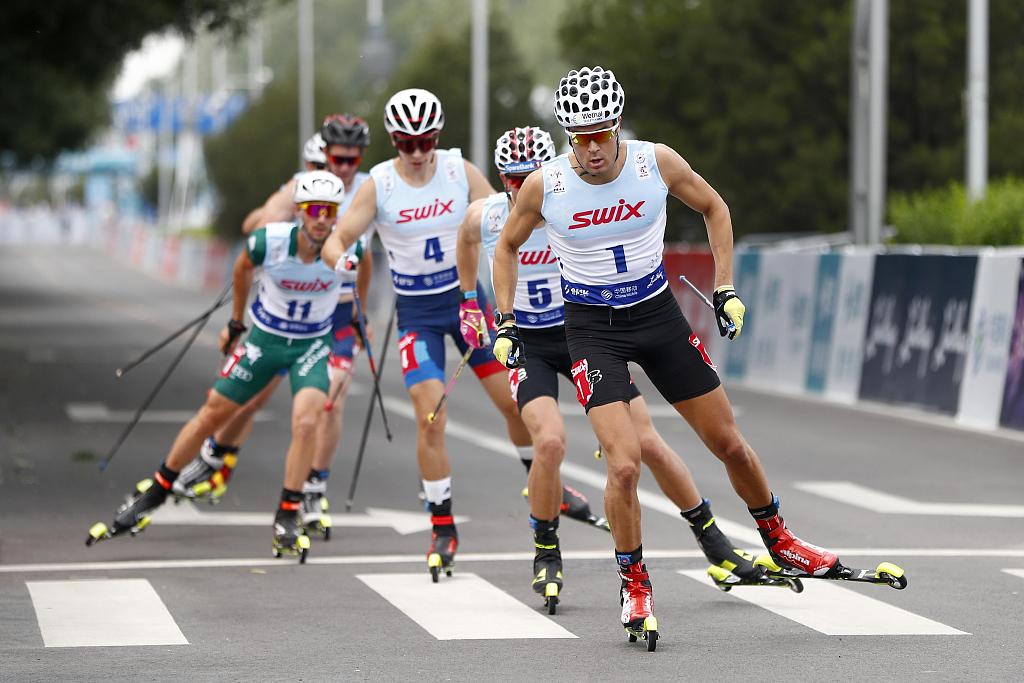 The 1500 meters sprint, 200 meters super sprint and mass start race will be included in the competition, which attracts 131 athletes in total, including 42 Chinese nationals, according to Chen Jie, Deputy Director General of the Beijing Municipal Bureau of Sports.

Ding Dong, Deputy Director of the Winter Sports Administrative Center at the General Administration of Sport of China, called it a rare opportunity to organize such a high level roller ski event at home. Chinese athletes will be able to promote themselves whilst recognizing their shortcoming and skill disparities through competing with international players.

According to Ding, citizens will be encouraged to participate after the professionals have finished at the World Cup.

"It is an important mode for us to run matches combining professional events with public participation, so that the general public can enjoy playing in the arena. This will encourage more people to develop an interest in roller skiing and winter sports," said Ding. Enditem