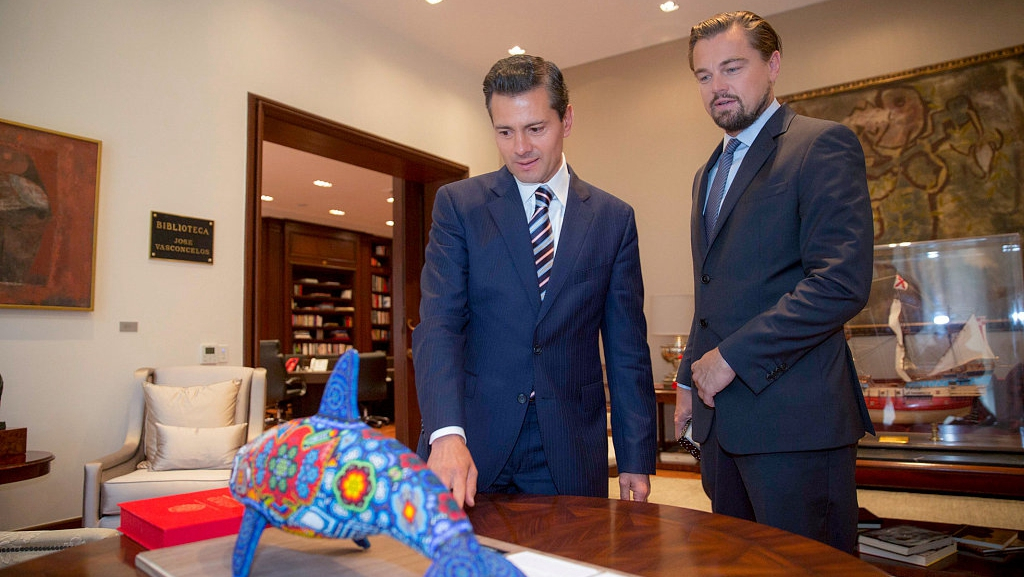 A rare species of porpoise is facing imminent extinction as fishing vessels appear to be ignoring an international ban that stops them from entering the mammal's last sanctuary off the coast of Mexico, the head of a UN treaty said.

There are thought to be fewer than 30 vaquita porposies left worldwide, mostly due to death caused by entanglement in fishing nets, despite calls by conservationists and film star Leonardo DiCaprio for urgent steps to protect them.

If the small, stub-nosed vaquita goes extinct, it would be the first species subject to maximum protection under the Convention on International Trade in Endangered Species (CITES) to vanish, raising questions about its effectiveness.

"We have huge concerns because it is a matter of urgency," CITES Secretary-General Ivonne Higuero said late on Monday, citing footage which appeared to show fishing vessels entering the sanctuary after an internationally-agreed November 1 deadline for such access.

"We will see it (extinction)... as really a failure of CITES to protect a species that is in appendix 1 and then what hope do we have for some of the other species?" she said, referring to the strictest trade protection measures under CITES.

Mexico was a signatory to a decision taken at a CITES meeting in August urging the country to take "immediate and effective actions" by November 1 to protect the vaquita porpoises, including a moratorium on fishing boats entering the sanctuary in the Gulf of California.

Higuero said she had written to Mexico, as well as to other parties that have a stake in the porpoise's protection, seeking an update on the situation.

But she added that implementation was difficult, partly because criminal organizations appeared to be involved.

Some conservationists have criticized CITES, which has 183 members and works mostly through consensus, for not using trade sanctions enough to punish non-compliant states, given that close to one million species face extinction risks.

Higuero defended its approach, saying that working with countries on species management was often more effective.

Asked about trade sanctions for Mexico, Higuero said they might be considered at the next Standing Committee due to meet in October 2020 "if things do not work well".

Separately, CITES released a study on Tuesday showing that more than 2,354 living and dead turtles — also subject to appendix 1 — had been seized in Indonesia, Malaysia and Vietnam between 2015-2019.

"Our fear is that it could also be involving international criminal organizations because of this rise in the trade," Higuero said of the study.