The fabled French Riviera movie showcase has done its all to rekindle its love affair with Hollywood, and a parade of celebrities are walking the Cannes red carpet during the 12-day event.

Here are the big moments for stargazers at the world's biggest film festival: 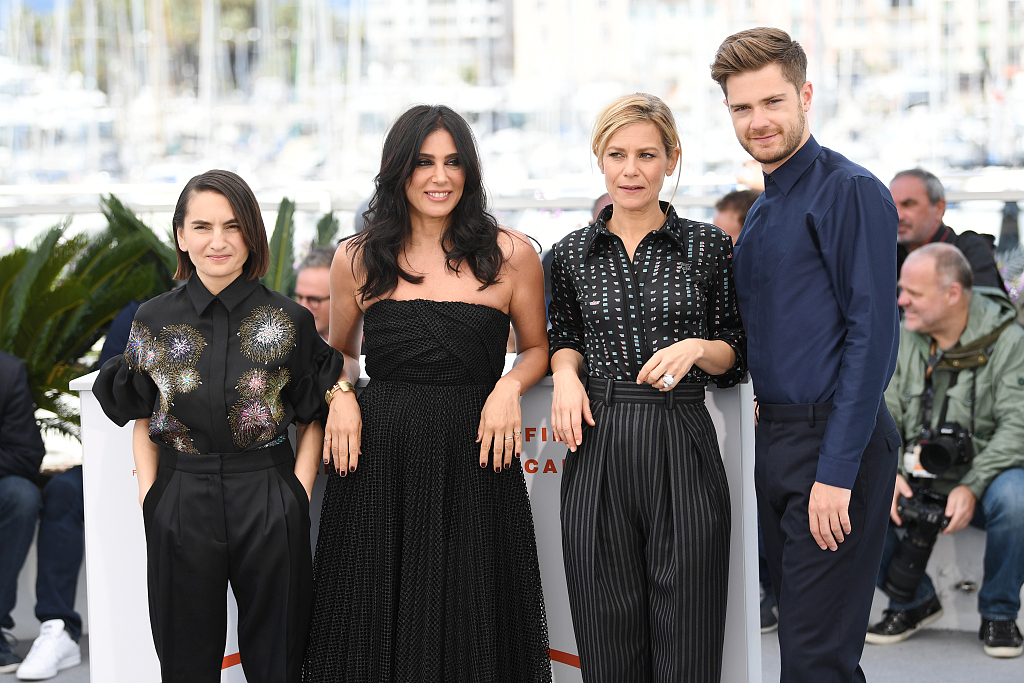 Photocall for the Un Certain Regard Jury during the 72nd annual Cannes Film Festival on May 15, 2019 in Cannes, France. (Photo: VCG)

The all-star cast, including Adam Driver, Bill Murray, pop idol Selena Gomez, Chloe Sevigny and Tilda Swinton, had lots of competition on the red carpet with Julianne Moore, Elle Fanning and a galaxy of Chinese stars all climbing the steps to see the horror movie send-up with a political edge.

As Cannes has yet to resolve its running row with Netflix, some industry wags said "The Dead Don't Die" could also describe the festival's resilience in the face of technology's rapid encroachment.

Football legend Diego Maradona has seen more drama on and off the pitch than entire international leagues and his story is now headed for the big screen.

The Argentine with the genius footwork -- and the notorious "hand of God" goal against England -- is expected at the premiere of an eponymous documentary on his astonishing life by Asif Kapadia, the Oscar-winning maker of "Amy" about the doomed British singer Amy Winehouse.

Billing him as both a hero and a "hustler", the biopic covers the highs and lows of his storied career at Sevilla, Barcelona and Napoli. It also traces his frequent brushes with death as he indulged a cocaine habit and flirted with the underworld.

The wildly unpredictable Maradona as guest of honour at his black-tie screening will add an extra frisson to the scandal-prone festival.

Quentin Tarantino's hotly anticipated "Once Upon a Time in Hollywood" had organisers on tenterhooks before news arrived that the 1994 Palme d'Or winner for "Pulp Fiction" would complete the film in time for a Cannes berth.

Boasting a cast including Leonardo DiCaprio, Brad Pitt and Margot Robbie, the latest Tarantino ode to cinema will be hard to beat in terms of the glamour quotient.

DiCaprio will be doing double duty on the Cote d'Azur, also promoting the alarming climate change documentary he produced, "Ice on Fire".

And U2's activist frontman Bono, not to be outclassed, will buzz through town to support the documentary "5B" about a San Francisco hospital ward on the front line of the 1980s AIDS crisis.

Pop icon Elton John is widely expected to wheel out his grand piano for a key-pounding performance at the premiere of "Rocketman" about his sex- and drug-fuelled early years.

Director Dexter Fletcher says he was keenly aware of the criticism of "Bohemian Rhapsody" that it had taken a squeamish approach to Mercury's homosexuality.

"I feel a certain responsibility toward the gay community," he told the Hollywood Reporter magazine Tuesday.

There are actors and there are movie stars and then there's Sylvester Stallone.

The muscle-bound American is estimated to have sold some $2.6 billion (2.3 billion euros) in movie tickets in his 50-year career but is not ready to hang up the crossbow just yet.

Stallone is due in Cannes to present teaser images of "Rambo V: Last Blood", the fifth instalment of his series about a troubled Vietnam veteran turned vengeful survivalist.

A man of few words, Stallone will then cede the stage for a tribute screening of the movie that launched the epoch-marking juggernaut, "Rambo: First Blood".