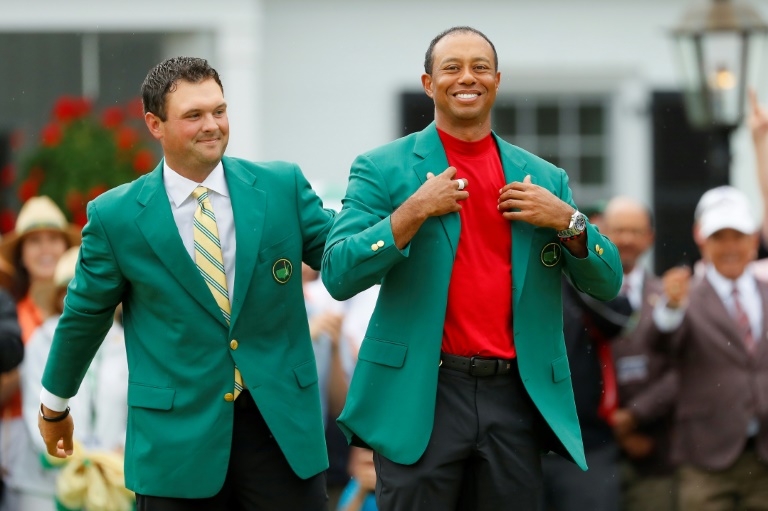 Tiger Woods (R) won his first major tournament in 11 years when he took the Masters on Sunday. (Photo: AFP)

Tiger Woods crowned his comeback from a near two-year injury layoff on Sunday by claiming victory in the Masters at Augusta National, winning his 15th career major nearly 11 years after his last triumph, at the 2008 US Open.

Here AFP looks back at five other athletes who made successful comebacks from injury or adversity:

The US cycling legend came within 20 minutes of bleeding to death after a hunting accident in California in 1987.

The then-reigning Tour de France champion was hit by more than 60 pellets after being shot by his uncle during a wild turkey hunt. He was airlifted to hospital and lost an estimated 65 percent of his blood volume.

Injuries from the accident forced him to miss the next two editions of the Tour de France, but he returned in 1989 to win the racing showpiece by eight seconds after a thrilling duel with Laurent Fignon.

Austrian driver Lauda appeared to be cruising to a second Formula One World Championship title in 1976 when disaster struck at the German Grand Prix in Nuerburgring.

Lauda's Ferrari swerved off the course and struck an embankment, before exploding in flames. Lauda was trapped in the wreckage and suffered severe burns before being pulled to safety.

Incredibly, he returned to racing 43 days later at the Italian Grand Prix. He would go on to win two more drivers championships before retiring.

US heavyweight Foreman had faded into obscurity after his stunning defeat to Muhammad Ali in the 'Rumble in the Jungle' in 1974, fighting six more times before retiring in 1977 after a defeat to Jimmy Young.

But in 1987 he confounded the boxing world by returning to the ring at the age of 40, fighting in a series of low-key bouts at a time when Mike Tyson ruled the division.

He failed with his first attempt to regain a world title when he was beaten by Evander Holyfield on points in 1991.

However three years later Foreman was on top of the world, defeating Michael Moorer by knockout to claim the title 20 years after he had last held it. At 45 he was the oldest ever heavyweight world champion.

Monica Seles looked poised to rule women's tennis in the early 1990s, becoming the youngest woman to reach the world number one ranking in 1991 before winning three out of four grand slam singles titles in 1992 with victories at the Australian, French and US Open.

In 1993 she again looked set to dominate, opening the year by winning the Australian Open with a defeat of German rival Steffi Graf.

In April, however, Seles was stabbed by a deranged spectator while playing at a tournament in Hamburg.

Although she soon recovered from her injuries, Seles would not play for two more years. She returned in 1995, and the following year she won her 10th and last grand slam singles title with victory at the Australian Open.

After refusing to be inducted into the US army in 1966, world heavyweight champion Ali was effectively banned from boxing for three years between 1967 and 1970 as various sanctioning bodies across the United States refused to grant him a license.

The ban meant Ali missed some of the peak years of his career before he was eventually allowed to return to the ring.

He attempted to regain his title in 1971's 'Fight of the Century' against Joe Frazier but suffered the first defeat of his career after losing by unanimous decision.

In 1974, Ali was given no chance as he attempted to regain his title against George Foreman in the 'Rumble of the Jungle'.

But the then-32-year-old Ali pulled off one of the great upsets by confounding Foreman with his 'rope-a-dope' tactics before scoring an eighth round knockout.