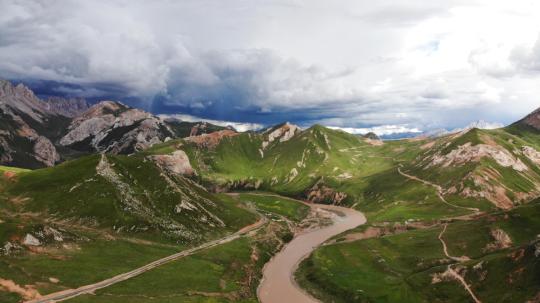 China's first five national parks will be partly open to the public and serve as the most beautiful "classrooms" for nature conservation education, an official with the National Forestry and Grassland Administration said on Thursday.

"National parks belong to the people, and public welfare is an important characteristic of a national park, which possesses the country's best bio-resources," said Tang Xiaoping, director of the administration's National Parks Research Institute.

During the 15th meeting of the Conference of the Parties to the Convention on Biological Diversity last week, President Xi Jinping announced that China had officially designated its first group of national parks, which cover a total land area of more than 230,000 square kilometers and conserve nearly 30 percent of the country's key wildlife species.

Each of the national parks will be divided into two parts－the core protection area, in which only scientific research and surveillance will be allowed, and a general control area, which will be open to the public, according to Tang.

"In the general control area, activities such as nature education, eco-friendly tourism, camping, hiking and wildlife observation will be available," Tang said.

In contrast to tourism services in scenic spots, the tourism service in the national parks will be granted only to some specific agencies or organizations with special management certificates from the administration.

"We will conduct surveys, make a scientific appointment system and limit the number of visitors. The service price will also be kept within a reasonable range to make sure that the beauty of the national parks can be enjoyed by the general public," he said.

In 2013, the central government put forward the creation of a national park system with the aim of establishing a series of facilities and building a unified management system by 2020.

For example, Northeast China Tiger and Leopard National Park, which covers 14,100 sq km in Jilin and Heilongjiang, has launched a high-tech surveillance system to provide real-time protection of flora and fauna.

So far, the system has captured images of Siberian tigers and Amur leopards more than 4,000 times, according to Hou Ling, director of the park's management office.

Even more important, the survival rate of Siberian tiger cubs has increased from 33 percent before the establishment of the park in 2016 to the current 50 percent, she said.

Li Chunliang, deputy director of the National Forestry and Grassland Administration, said: "The national parks conserve China's most precious and unique natural scenery and also protect the country's most influential wild species. They play a crucial role in China's biosecurity."