CULTURE Five things to know about wildlife in Antarctica

Five things to know about wildlife in Antarctica

Antarctica is largely inhospitable to land animals, as 99 percent of the continent is covered in snow and ice. With the exception of man, a non-native species, the biggest terrestrial animal is a six-millimeter flightless midge, Belgica Antarctica.

However, marine life there is rich and varied. It represents the broadest diversity on Earth after coral reefs.

Here are five things to know about Antarctica's fauna:

The gentoo penguin is the fastest penguin. (Photos: VCG)

There are four species native to the region, who reside there all year long: the Adelie, emperor, chinstrap and gentoo penguins.

Gentoo penguins are swift in water. They can reach speeds of 35 kilometers per hour (km/h), almost four times faster than U.S. Olympic champion Michael Phelps, the fastest swimmer in the world at 9.6 km/h.

The number of gentoo penguin on the Antarctic Peninsula appears to be rising. However, Adelie numbers are declining. Scientists say the difference is in their diets. The former eats krill, squid and fish, while the latter depends exclusively on krill.

Penguins themselves are a delicacy. Leopard seals can devour up to 20 a day. 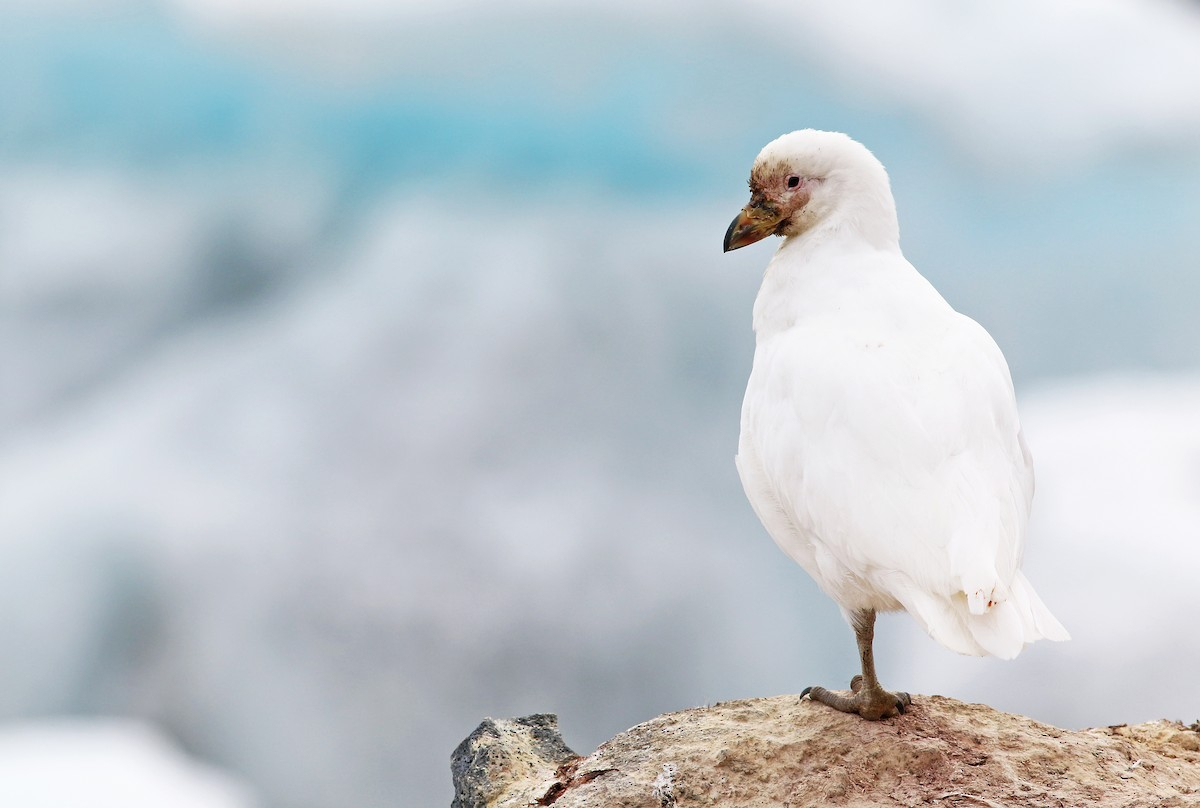 The snowy sheathbill is the "rubbish collector" of Antarctica.

Despite its pristine whiteness, the snowy sheathbill, a plump migratory bird, is scrappy scavenger not at all picky about what it eats.

They are the continent's rubbish bins, according to experts. 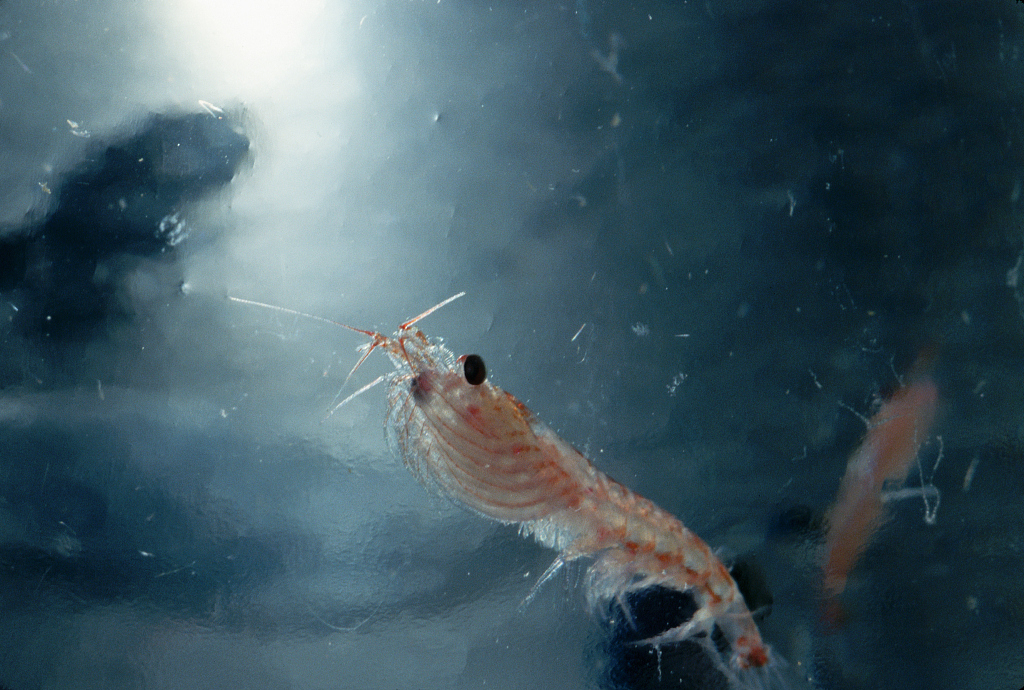 Krill is an indispensable food source for many animals in Antarctica.

In Antarctica, the food chain is generally pretty short.

Wildlife relies largely on krill, probably the most abundant biomass on the planet, according to the French Polar Institute.

Even the biggest mammal in the world, the blue whale, which can weigh more than 150 tonnes, feeds on these tiny shrimp, which in turn feed on phytoplankton.

"No whales without phytoplankton," says American biologist Allison Cusick, who is writing her PhD thesis on these microscopic marine algae.

The inverse is also true. Rich in iron, whale excrement fertilises the phytoplankton.

And the quantities are enormous. A blue whale, one of eight whale species in Antarctica, eats up to 3.6 tonnes of krill per day. 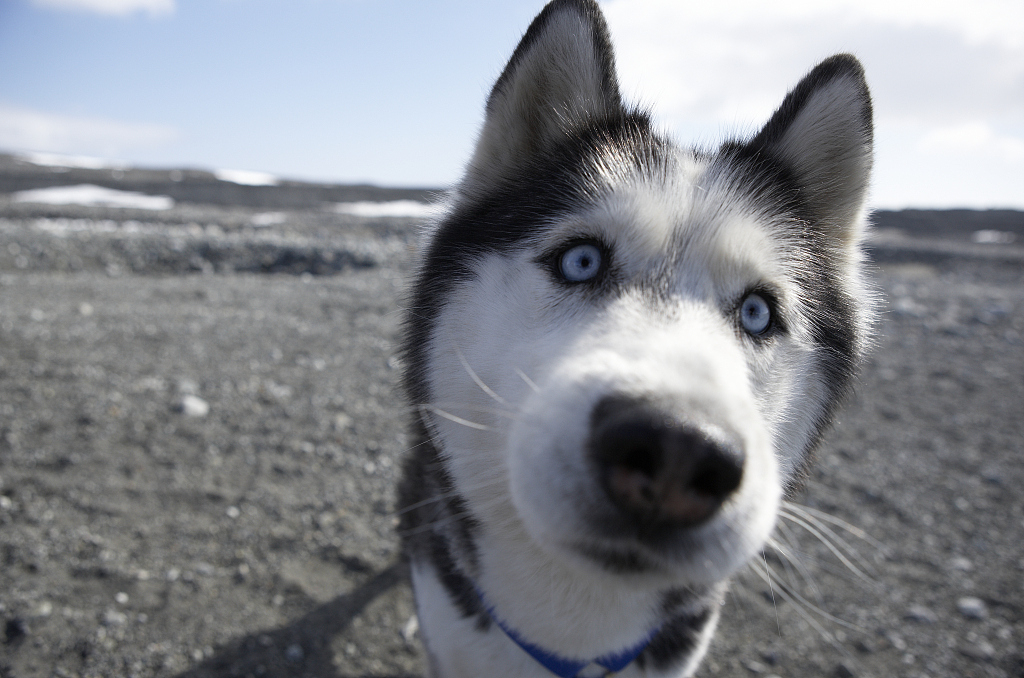 While dogs were essential in helping Norwegian explorer Roald Amundsen become the first person to reach the South Pole in 1911, first by pulling his sleds and then ending up in his belly, dogs are no longer welcome on the continent.

The Madrid Protocol on environmental protection in Antarctica, signed in 1991, bans the introduction of non-native plant and animal species.

The text called for all dogs to leave the region by 1994.

When the British Antarctic Survey's sled dogs were brought to the Falklands for several weeks to adapt to the climate before returning to Britain, they discovered grass, sheep and children for the first time. 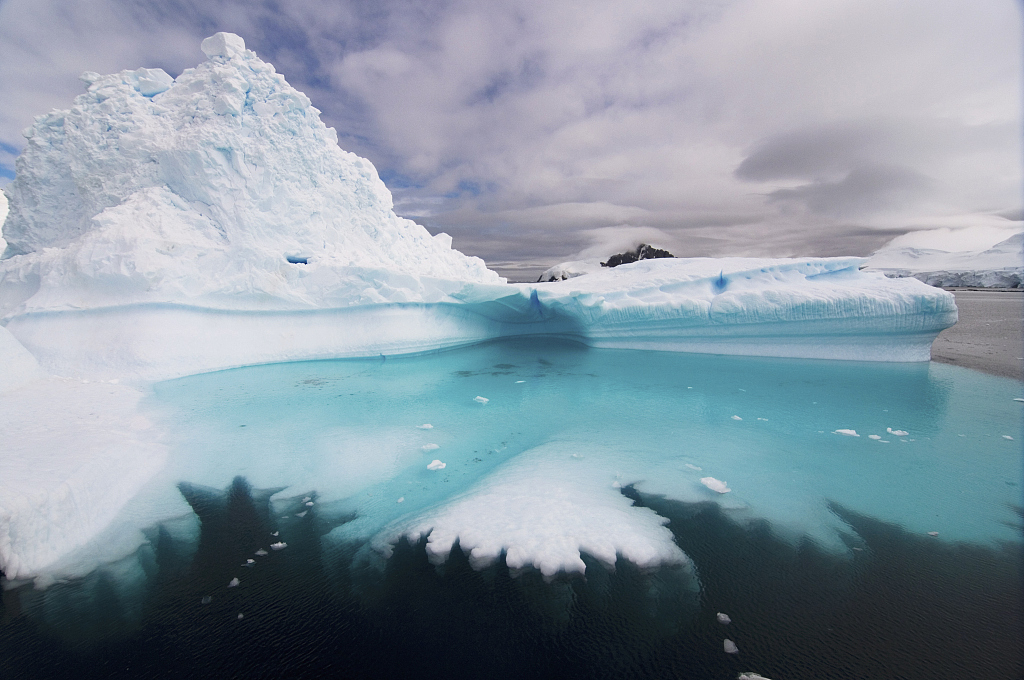 Is Antarctica still "No Man's Land"?

Despite efforts to avoid it, invasive species introduced by man can pose problems for local species.

Peter Convey, a British expert on Antarctic ecology, can name about a hundred invasive species over two centuries, introduced primarily by scientists and tourists.  "The bottom line is that humans bring in 99 percent" of invasive species, Convey says.

In most cases, these are plants, but they can also be micro-organisms or insects.

During a transfer of plants in the 1960s, humans introduced a midge on Signy Island in the South Orkney Islands, where its rapid proliferation could threaten the fragile ecosystem if it migrates further south to the continent.

Human activities "are, in reality, likely to have far greater immediate impacts on Antarctic ecosystems than climate change per se," Convey and his colleague from the British Antarctic Survey, Lloyd Peck, wrote in a study published this week Science Advances.