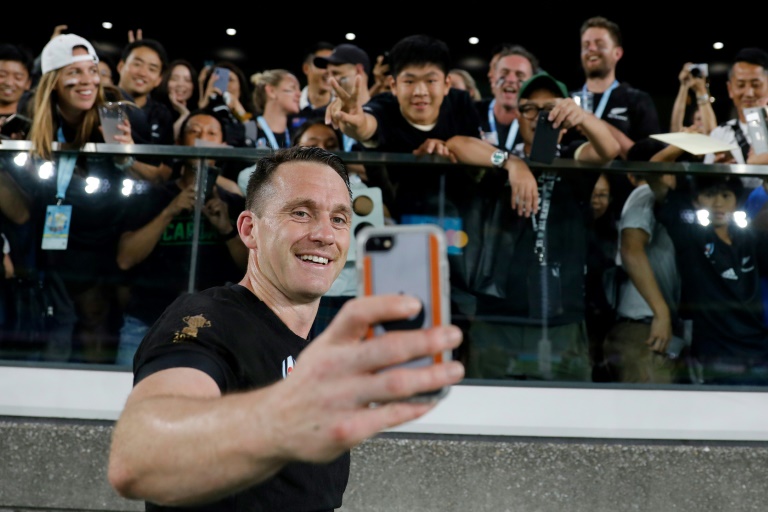 Five things we learned from New Zealand's 23-13 victory over South Africa in their opening World Cup Pool B match at the International Stadium in Yokohama on Saturday:

All Blacks coach Steve Hansen has chuckled openly in past week about repeated stories saying his side were over the hill after losses in the past year to Ireland, South Africa and Australia.

Hansen maintained that winning a record third consecutive World Cup is what he was building towards and the defeats were secondary issues.

South Africa trailed 3-17 at half-time and clawed their way back to 13-17 with 20 minutes remaining.

But when it looked like they could hit the lead, the All Blacks' extreme fitness came to the fore as the took charge for most of the final quarter and rebuilt the lead with two further penalties.

Match stats favoured the losing side

It's not what you've got, it's what you do with it as South Africa found to their expense.

They enjoyed 59 percent of territory and 53 percent of possession, but it was the All Blacks who made the most of their limited opportunities.

Their two tries were both long-range affairs from turnover ball.

It's not over for South Africa

Once the Springboks have licked their wounds and refocused on their next match against Namibia they will realise they are not out of contention.

No team has lost a pool match and gone on to win the World Cup, but All Blacks coach Steve Hansen says that record is only relevant until someone breaks it.

If pool play goes according to seeding, South Africa face a likely quarter-final against Ireland while the All Blacks can expect to meet Scotland.

After all the pre-match talk from the Springbok camp about referees favouring the All Blacks, French whistleblower Jerome Garces pinged the South Africans nine times to the All Blacks four.

When the Springboks were within four points of drawing level towards the end of the game they gave away two penalties which delivered six extra points to the All Blacks.