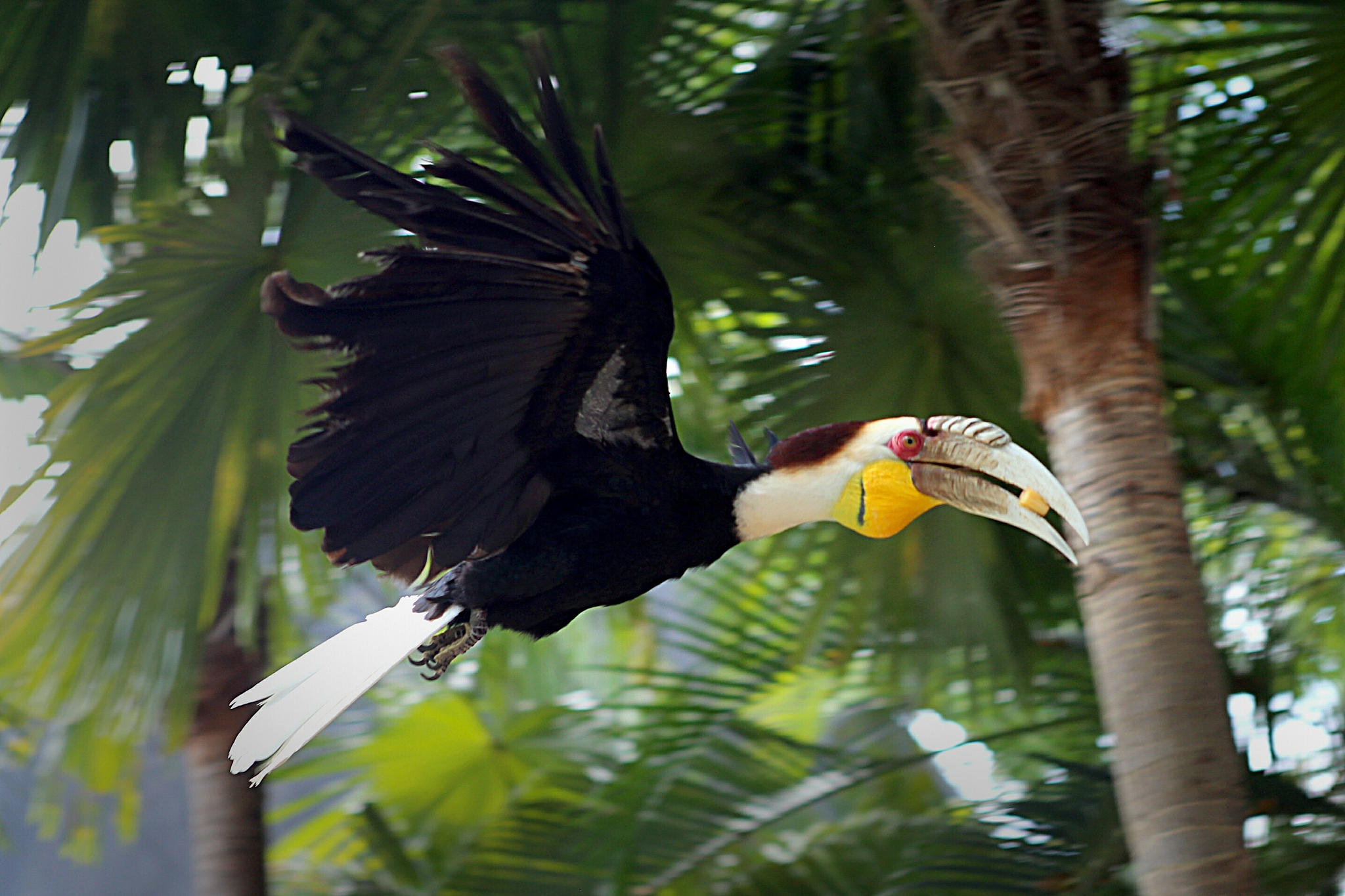 A wreathed hornbill is flying against trees. (Photo: VCG)

The wreathed hornbill is a rare species of bird under the national second-class protection in China and it main habitats in Yingjiang County and Medog County in southwest China's Tibet Autonomous Region.

More than 20 wreathed hornbills were spotted foraging, frolicking and preening their feathers amidst trees.

"They will cluster in flocks after the breeding season. And they might be seen foraging in trees for ripe fruits. This time we've seen them clustering and they will leave the flock around next February for breeding season and divide into different families to breed," said Ban Dingying, a member from a bird watching association in Yingjiang County.