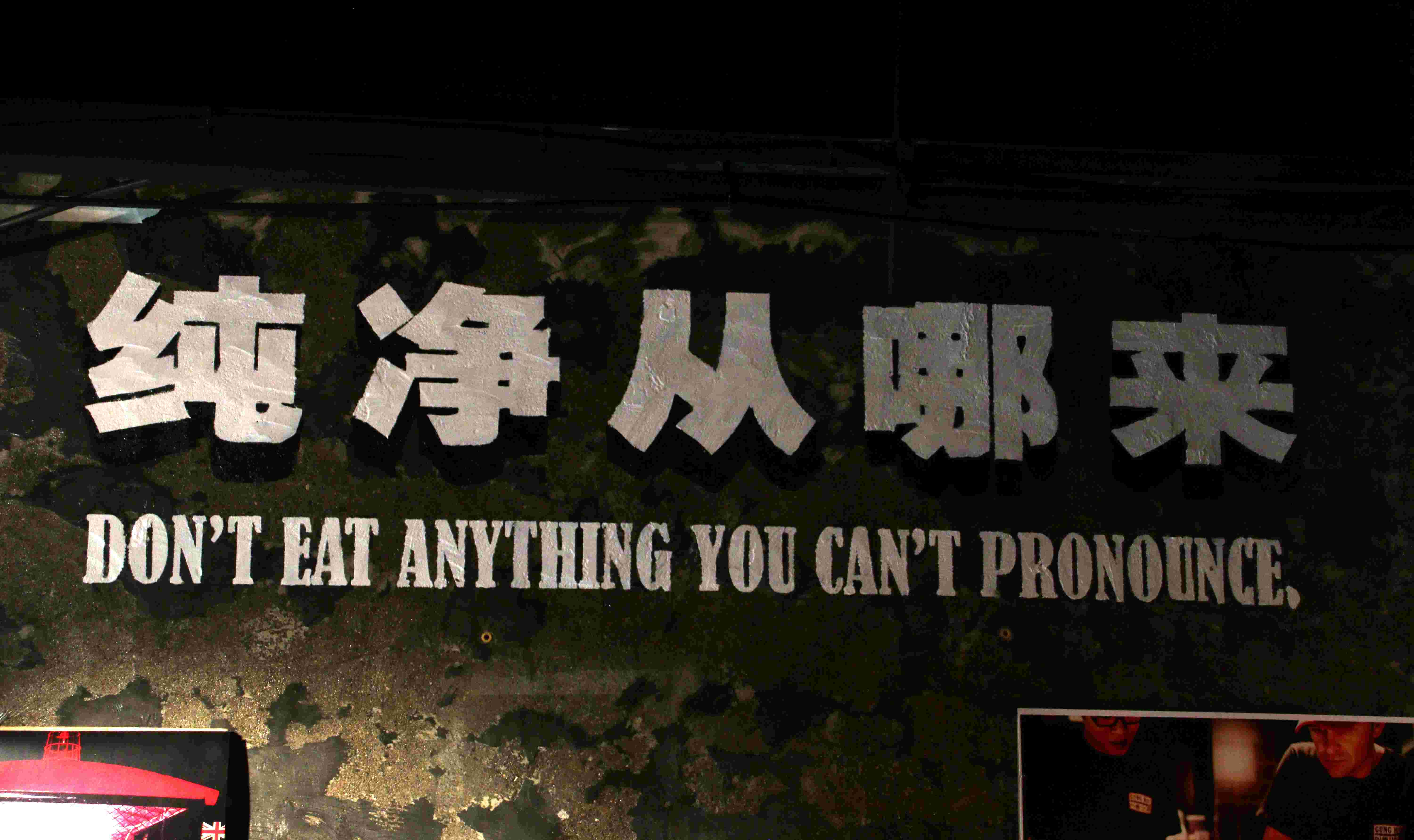 'Don't eat anything you can't pronounce'

"It's a big part of philosophy that comes back to healthy and natural ingredients in restaurants," says Jade Gray, a man from New Zealand whose pizza restaurant is very popular among young people in Beijing.

His restaurant won a prize at the 2015 Pizza Cup, and is recognized as the best pizza in Beijing. In 2016, the restaurant got a certification of "Certified B Corporations" (B Corps), meaning it has met the highest standards of verified social and environmental performance, public transparency, and legal accountability to balance profit and purpose.

Though New Zealand has not got a long culture of food history, it has incredible ingredients that are fresh and healthy and close to the restaurant as well. Jade was inspired by those in New Zealand and he brought his own ideology to China, using whole wheat flour to make pizza and letting products speak for themselves. Jade tells CGTN that one very important part of his ideology is always having ingredients on the menu that people can pronounce.

"Because we’ve found in many food and beverage businesses that many man-made ingredients with chemical names which we have no idea are being used," he says.

Typically Jade Gray likes to use ingredients with good quality from China because they are close to the restaurant and more environmentally friendly, without long transportation, however, if sometimes high-quality ingredients like flour, olive oil, and tomatoes can't be found, he imports them from New Zealand.

"Our idea is that first using the local materials as much as we can, but if sometimes when there is a shortage, we import them as well," he says.

In the restaurant, wheat flour for pizza is from Heilongjiang, northeast China, and mozzarella cheese is imported from New Zealand.

China is where Jade Gray really gets his opportunity to put his ideas about environmentalism into practice, but in fact, his environmentalism had been in his blood way before his restaurant was opened in Beijing.

Jade comes from a business family where his parents are both entrepreneurs. When he was seven years old, his parents took a year off, working and traveling around Europe for twelve months with him. His view of the world wasn't shaped until then.

Jade began to realize that the rest of the world wasn't like New Zealand. There were different cultures, histories, smiles, tastes… So he soon bought himself a travel bike to take his own adventures and create his own journey. For him, it was more worthy to create his own path and explored what he could do than to directly follow his parents' business.

"I guess I was kind of talented in business, but in New Zealand, I grew up outdoors and traveled with my parents, I loved to ski and go hiking, etc. And all these outdoor adventures made me respect and want to look after the environment," he added, "and I saw there was a conflict between business and nature, business had a negative force in the environment."

Jade wanted to create a new business model which could create profits, develop and grow, but in a way that didn't negatively influence the environment and society.

Traveling made him realize New Zealand was incredible but remote compared to China, a country for him, which he only heard of from his university tutor and on the Internet.

Jade really hoped to combine the social enterprise with the environment in China, as he believed that China really had a challenge around its environment and developing economy.

"China was by necessity going to develop its model with a limited source, water, and air pollution, so how did we develop a new business model which not only could counter these forces but deliver on the needs of growing population?"

Driven by Chinese culture and the potential massive market, he landed in China for the first time, working as a ski instructor in Yabuli ski resort in Heilongjiang Province, the largest of its kind in China, after graduating from university with a Chinese and Marketing major in 1996.

Jade said it was cold in winter but for him, it was a good opportunity to practice his Chinese and have a better understanding of the Chinese culture. As the only foreigner, he lived there with six local Chinese guys in a dormitory where people could only take a shower once every two weeks with hot water tickets.

"It was an incredible time to learn about Chinese food, culture, and history, and to know what China meant to me."

After living in Yabuli for a winter, Jade headed to Tieling, another city in northeast China. There he worked at a cattle ranch where more than 300 cattle flew from New Zealand were bred for producing beef in China.

"That was again an incredible time, I lived with peasants in a village, sleeping in a 'Kang' – a kind of special hotbed in northeastern China, with eight men to keep warm, it was negative 30 degree there," Jade tells CGTN.

Jade Gray also says it was so insightful that he came out with a lot of deep understanding of Chinese languages and peasants’ lifestyle. In addition, when living on the local farm, he learned a lot about protein and meat and what good quality should be.

Born into a Grocery business family, Jade Gray also had the chance to immerse himself in food and the beverage business, and he was especially interested in how his parents approach the food they used and working in the food supply chain.

Jade wanted to create his own space, and with the harsh but worthy experience in China, he finally came to Beijing, but it was not easy to start a business in a new country.

He first ran a gym, where he really started to learn his own craft of healthy nutrition, and how to fix a body for many years. Later he moved toward food and beverage, hoping to make his own food and beverage career.

But before that, SARS – a viral respiratory disease of zoonotic origin broke out in China in 2003. "We had no idea what was that, but 90% percent of foreigners left Beijing," Jade says, "I still remembered that when my parents asked me to leave for home, I was yelling down the phone 'I am home, I have a business here, my friends are here, my dog is here, what is home? This is my home.'" It was the first time that he called China "home".

By looking over many types of food and beverage, he soon realized that pizza, as the world's most common food, wasn't found a lot in China.

Consequently, he was determined to turn pizza, the food considered as unhealthy fast food at that time, to something that is really healthy and with a purpose – nutrition. He also hoped to create a sustainable business that is both good for people's health and the planet.

Jade reckons environmental protection includes many ingredients, the way to employ workers and even the fit of the restaurant. He personally built a special team.

In his restaurant, most of the materials are made from environmentally friendly or recyclable products. Many natural planks of wood were picked from "Hutongs", a type of narrow street or alley in Beijing and the paint, and glues are environmentally certified.

"It's a big part of everything that goes into business, not just food, but the whole realistic way to do business has even small impacts on society and environment", says Jade, "Many investors say that businesses conflict with the environment and just focus on the business. But for me, it’s simple, to make money, we need resources from the environment, and if we run out of resources, we won't have the business."

"I would love to create blueprints for sustainable enterprises in China," when asked about his next plan in China, Jade Gray replies.

"And my team and I want to influence more enterprises especially millennials in protecting the environment and make the healthiest food for people, and help them on their outdoor journey."