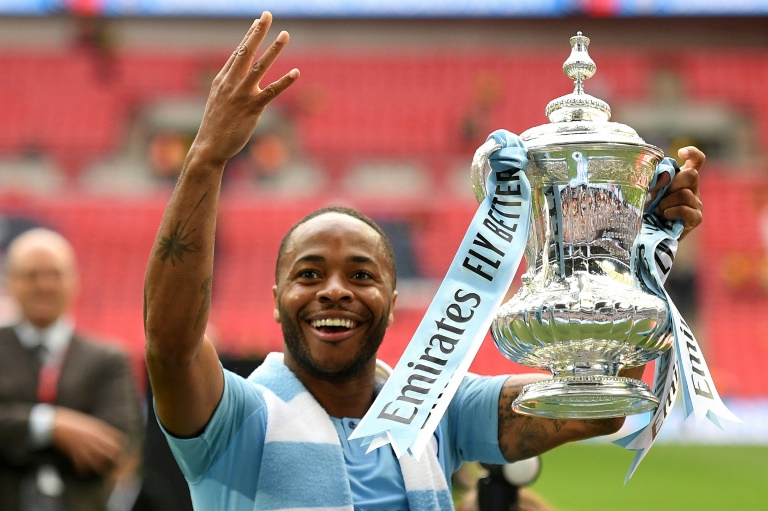 Hate crime reports at football matches in England and Wales rose by almost 50 percent during the 2018/19 season compared to the previous campaign, government figures showed on Thursday.

The government report said that of those incidents, 79 percent related to race. It stated that the increase could be due to improvements in recording the data.

Manchester City forward Raheem Sterling was the victim of alleged racist abuse in a match at Chelsea while Arsenal's Pierre-Emerick Aubameyang had a banana skin thrown at him by a Tottenham fan.

Deputy Chief Constable Mark Roberts, the National Police Chiefs Council football policing lead, said in a statement to the Press Association: "Hate crime is on the rise, and this reflects some of the high-profile incidents reported over the past season.

"We are committed to working with the leagues and clubs to tackle these issues but that will take a sustained focus on security from all concerned."

Anti-discrimination charity Kick It Out said the figures were a "serious concern".

"It's encouraging to see that more people are comfortable reporting discrimination and we are working hard to make this as easy for all to do, but it is undeniable that we are experiencing a rise in hateful behaviour across the game and wider society.

"These figures should serve as a reminder for football. We must increase our efforts to send a clear message to any fan who discriminates at a match -- you will be identified, arrested and face a football banning order."