CULTURE For 25 years, the SAG Awards have been ‘the actors’ party’

For 25 years, the SAG Awards have been ‘the actors’ party’ 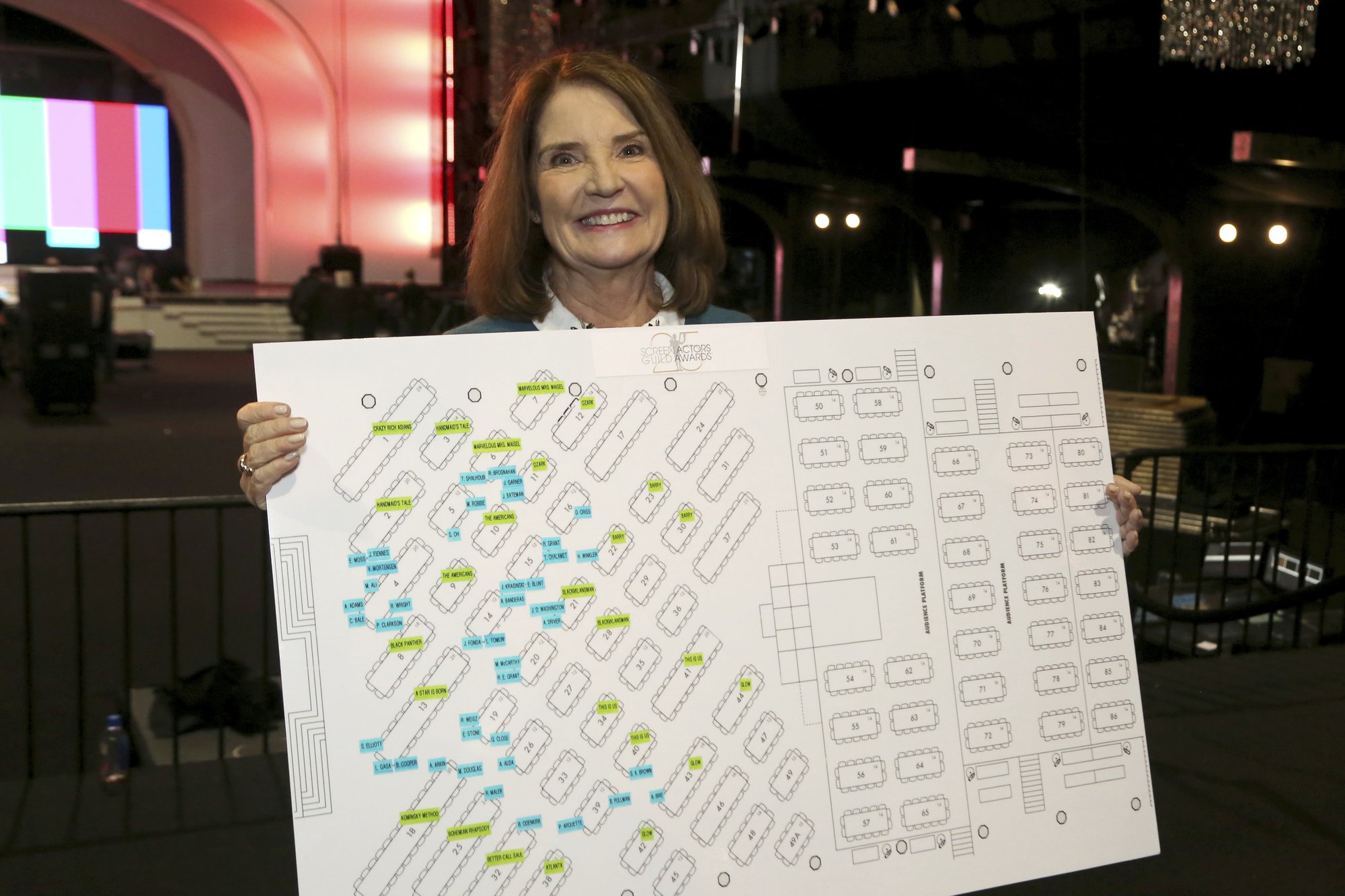 SAG Awards Executive Producer Kathy Connell holds the seating chart of the ceremony at the 25th Annual SAG Awards "Cocktails with the SAG Awards" event at the Shrine Auditorium and Expo Hall on Thursday, Jan. 24, 2019, in Los Angeles. (Photo: AP)

The Screen Actors Guild Awards turns 25 on Sunday and executive producer Kathy Connell has shaped every one.

And while the milestone anniversary offers a chance to reflect on the show’s growth and impact, Connell says not to expect too many flashbacks on the telecast, which will be broadcast on TNT and TBS beginning at 8 p.m. Eastern.

“We’re going to have some lookbacks but we only have two hours, our show is very tight,” Connell said.

Connell has produced every SAG Awards, which honors the top performances in film and television each year. Tom Hanks and Jodie Foster were the top film actor winners in 1995, while this year the Bradley Cooper and Lady Gaga-led “A Star Is Born” is the top film nominee.

Cooper and Gaga, along with actors Chadwick Boseman from “Black Panther” and Constance Wu from “Crazy Rich Asians” will be among the presenters on Sunday.

Unlike other awards ceremonies that also honor directors, writers and other artists, the SAG Awards are solely focused on actors and the craft of acting.

“It’s really a peer award and it’s very meaningful because to become a union member is one milestone and then to be nominated and awarded by your peers is another major milestone I think for actors,” Connell said during a recent interview. “It’s very personal. The room has fun. Our show is different because the room has fun. We consider it the actors’ party at the actors’ house.”

The ceremony also showcases the guild’s Life Achievement Award, which predates the awards show and has been bestowed since 1962.

This year’s recipient is Alan Alda, whom Connell calls a “true TV icon and a wonderful man.”

Connell’s hands-on approach — she and her team meticulously craft the seating chart — has led to many special memories, including one with 2014 honoree Debbie Reynolds.

The actress wasn’t feeling well, so her daughter Carrie Fisher took her place during rehearsals. Fisher and Connell shared a few moments together.

“My parents had just passed, so I knew what it was like and the concern that she had for Debbie’s health, and so she and I had a couple of wonderful moments together,” Connell said. “Then Carrie and Debbie had a great time onstage, and I think it was the last time they were both onstage together.”

Connell has presided over numerous changes to the awards over the years. The inaugural ceremony, for instance, did not include the outstanding film ensemble, added in the second year. The category has become a key bellwether for whether a film will be nominated for best picture at the Academy Awards.

Connell said there’s still at least one awards show mainstay the SAGs hasn’t used: “They still haven’t let me do a song and dance, I don’t know why.”

Above all, she says she tries to keep the show fun.

“It’s a work day for these actors. People don’t understand it. It is really a workday for them,” she said. “Just like any contest, some people are going to go home without a statue. So how do I make it as enjoyable as I can possibly make it for people? That’s my job.”