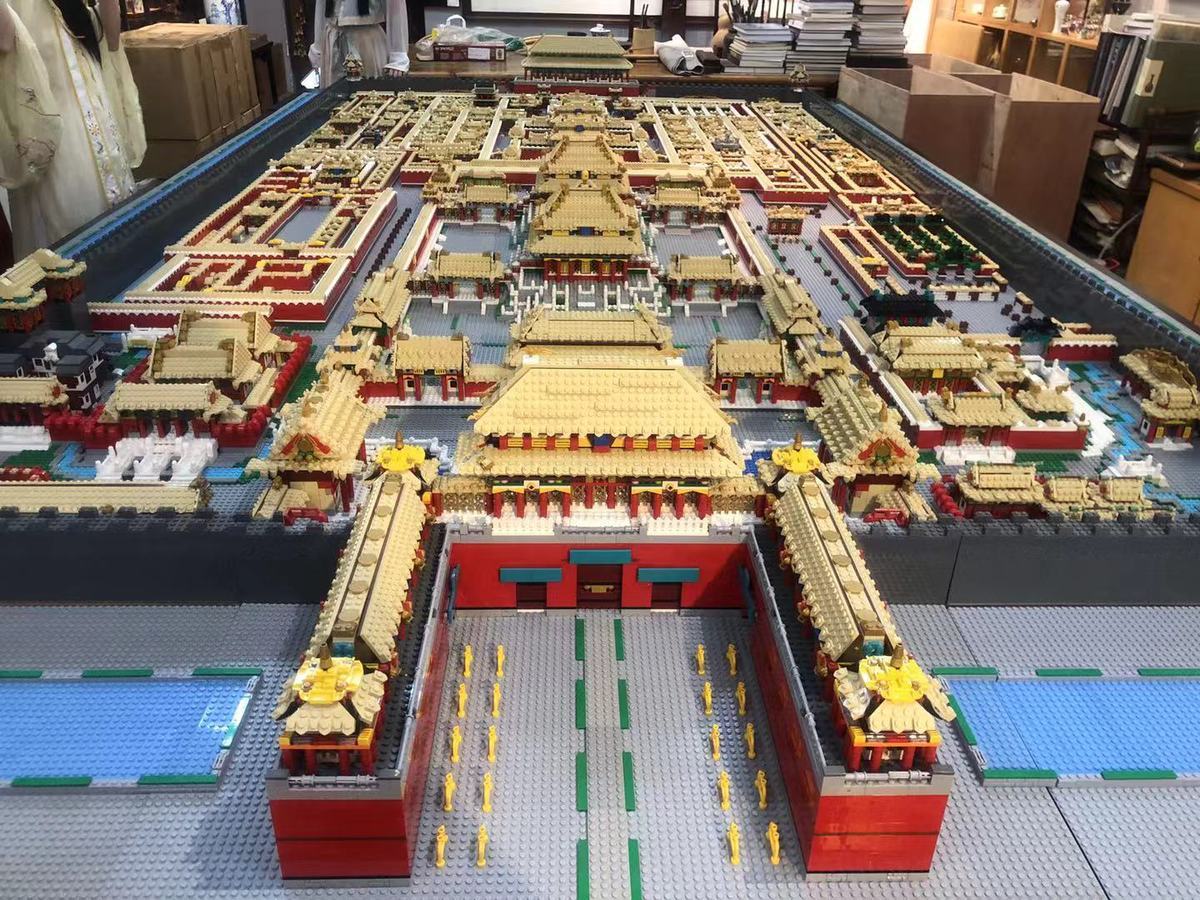 A miniature of the Forbidden City made of Lego blocks. (Photo: chinadaily.com.cn)

A man in Guangdong province recently completed an animated miniature model of the Forbidden City in Beijing using thousands of Lego blocks.

Li Zhining in Guangzhou's Panyu district, said it took him a year to complete the work which is 4 meters long and 2.4 meters wide.

Li said he used more than 700,000 Lego parts and accessories to build the model, and they all come from the existing pixel particles of Lego building blocks. They are not specially customized, Li said.

Starting at the Meridian Gate, the miniature work presents the more than 70 palaces and 9,000 houses of the three main halls of the Forbidden City. The miniature also includes the city wall, the moat, the four city gates and all the turrets of the complex.

Li named his work I am Chinese and said he hoped it would demonstrate to the world the spirit of the Chinese people and the power of Chinese originality.

Li began to fall in love with Legos in 2008. He now has around 11 tons of Lego parts of more than 100 million pieces. Some people call him a "Lego maniac".

In the past, Li has produced other works using Lego blocks, including Notre Dame cathedral in Paris, World of Warcraft, Westminster palace, Canton Tower, Guangzhou's Liede Bridge and Dragon boats.