To help shine a light on the Lantern Festival, Beijing's Forbidden City on Tuesday night was unconventionally sparkling. 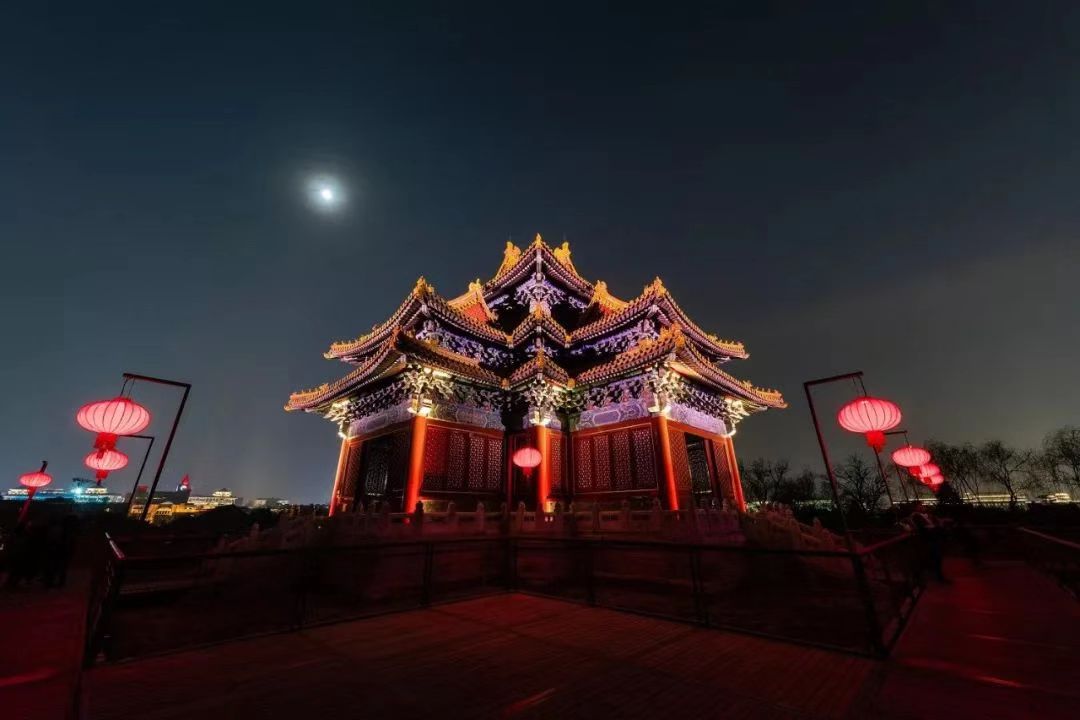 The 720,000-square-meter complex of palatial edifices, which is now officially known as the Palace Museum, was lit up for the event, which many consider the unofficial end of the extended Lunar New Year holiday period.

About 3,000 visitors were allowed to visit the Gate of Supreme Harmony and step onto the outer city walls of the museum to enjoy a night tour, which was graced by 350 pairs of red lanterns.

The south and north gates of the Forbidden City and other main buildings throughout the palace were also bathed in red and a salvo of light.

The festival, which falls on Tuesday, is the 15th day of the first month in the lunar calendar. The hanging of lanterns is a traditional activity to celebrate the event. 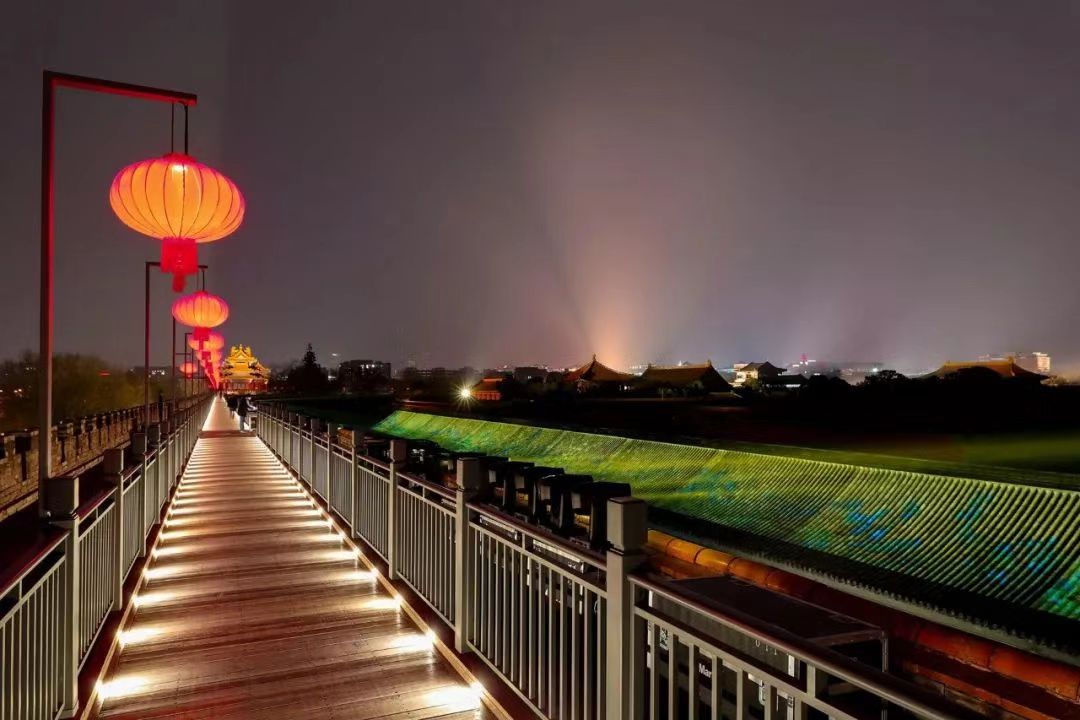 Digital projection of A Panorama of Rivers and Mountains and Along the River during the Qingming Festival, two Northern Song Dynasty (960-1127) landscape paintings, were also visible on the roofs of some structures.

According to Shan Jixiang, director of the Palace Museum, special lighting technology was employed to protect the wooden architecture and prevent the possibility of fires.

It is the first time the museum designed a night visit route for the general public.

The Forbidden City was China's imperial palace from 1420 to 1911. It became a publicly owned museum in 1925, and now houses 1.86 million cultural relics.

Its outer walls are about 3,400 meters long, with around three-quarters of them accessible to the public during the day. 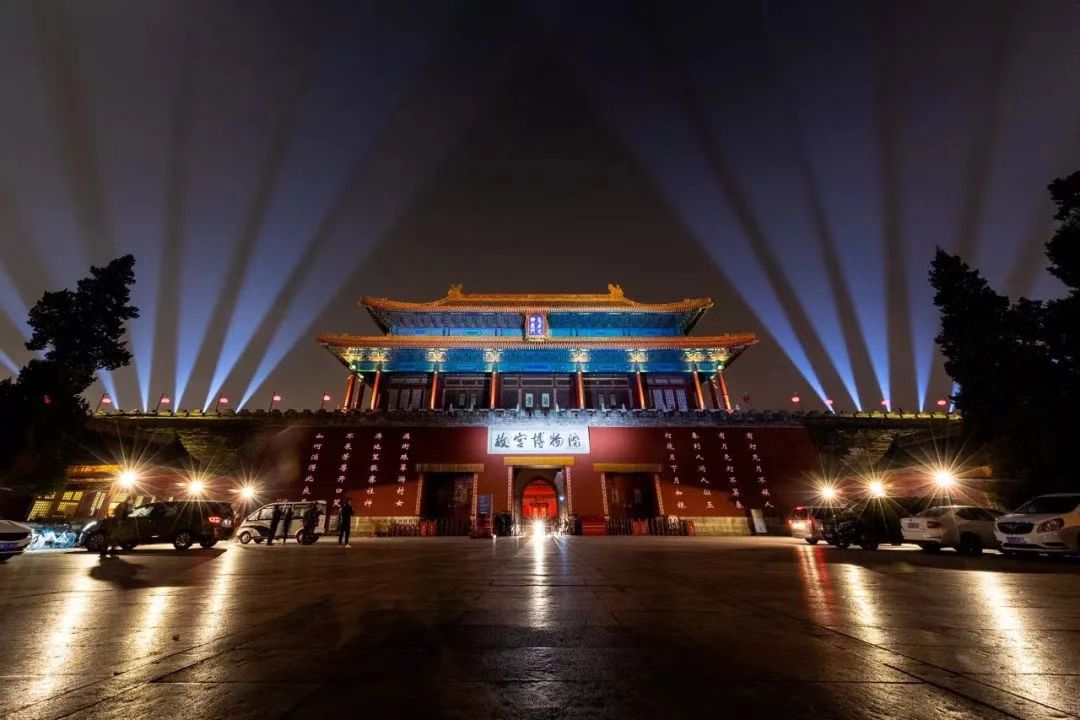 Around 500 tour participants were able to secure online reservations on Sunday, with the free tickets snapped up in just 10 minutes.

Others included invited guests such as model workers and soldiers in appreciation for their societal contributions.

Another night tour is to take place on Wednesday night. But Shan said further evaluation is necessary to determine whether regular night visits to the compound will be offered in the future.

Nevertheless, he said some important days in the lunar calendar, like the Mid-Autumn Festival, would possibly become new occasions for nocturnal tours, and more regions other than city walls might be opened after the sun sets.

"The night scene of the Palace Museum was even more marvelous than I thought," said Chang Zhifu, 77, a visitor who came to the museum on Tuesday night. 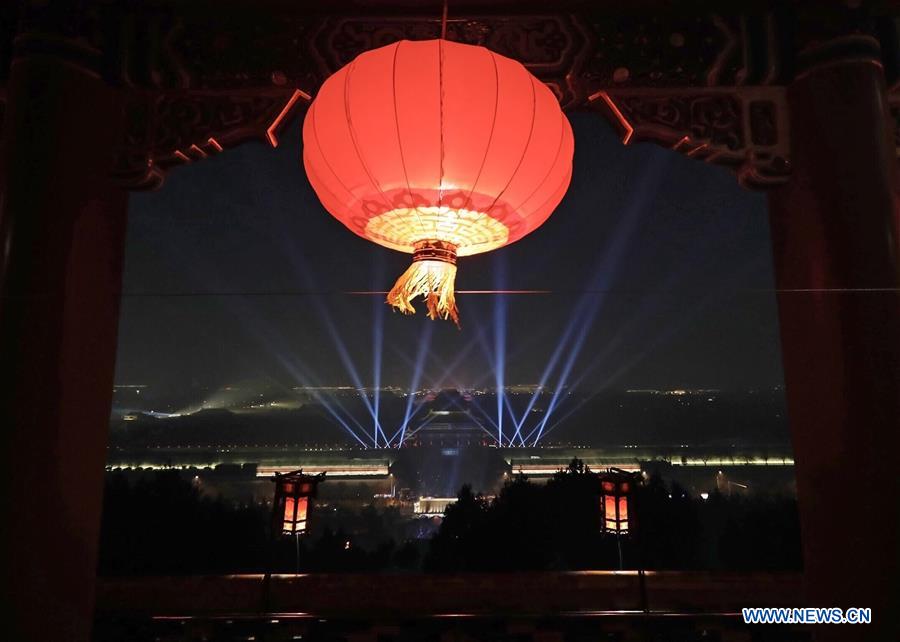 Photo taken on Feb 19, 2019 shows the night scenery at the Wumen Gate of the Palace Museum, or the Forbidden City, in Beijing, capital of China. (Photo/Xinhua)

This extraordinary night was also an unprecedented experience for museum employees.

"I've regularly been on night shift in the palace over the past few years," said Wu Wei.

The lighting of the museum was also part of 17 lantern fairs all across Beijing on Tuesday. Other locations included Jingshan Park and Yuanmingyuan.