World Population Day, which seeks to focus attention on the importance of population issues, is observed on July 11 every year. 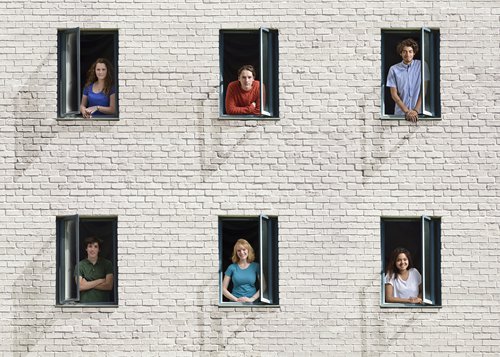 According to our interviewees, none had any prior awareness of World Population Day. When talking about the current world population, only Niels Toch, a Belgian student, gave the exact number (7 billion).

Moreover, when talking about how many people Earth can accommodate at most, Chance Barnett, a DJ producer from Canada, guessed 20 billion, while Toch and Laura Rosseeuw, a working management trainee from Belgium, guessed 13 billion and 12 billion respectively.

Flavia Gusmon, a Brazilian mother of three, believes that there is no more space left on Earth. Bilal Ahmed, a 30-year-old Pakistani, thinks that the world is so crowded now that it is essential to plan for the future.

The interviewees also shared their opinions on family life and child rearing.

Toch said that family is very important. He also believes that people should be able to choose their own family and how many kids to have. Mark thinks that planning a family is a right for everybody, but that the world is already overcrowded, "so people should not just keep having more and more children."

Gusmon stressed the importance of family planning, saying that one's life will be much easier if you make an orderly plan to have babies so that unexpected pregnancies will not happen.

"For any family that decides to have babies, husbands and wives need to agree on many details such as the number of children to have, including the choice of having no children, as well as when to have them," Gusmon said.

Ahmed further explained that a mother is the one who carries the baby in her belly, so she definitely has more say on this issue. On the other hand, some interviewees believe that the opinions of the father and the mother are equally important.

Rosseeuw said that it is a conversation between both parents. It is not that one has the upper hand over the other on this issue.

Each of our interviewees claimed that the opinions of previous generations should not influence modern couple's decisions about having babies. Toch said with assurance that grandparents should not have any say in the matter.

What if the wife and husband differ on this issue? Mark said that they should discuss it before marriage. Rosseeuw agrees, saying that it is about talking and finding a solution that suits both people.

When discussing the importance of having babies and career development, Toch said that having babies can influence your career. He introduced that, in Belgium, it is not a problem thanks to their sound social care system. Specifically, people in Belgium can take paid leave for many years to raise children, then return to their former position.

According to Mark, it is essential to balance work and family. "You cannot work all the time nor can you stick to the family all the time. It takes work to be able to support the family."

In conclusion, it is clear that our interviewees agree that women's rights should be duly respected. The issue of having babies should be decided within the couple, not by other family members.

As for the strain of having babies while also trying to develop a career, the interviewees believe that such matters influence each other but both are equally important in life. Therefore, it is important to strike a balance so that one's career aspirations can be achieved while raising a family can also be enjoyed.