CULTURE Forget ‘any given Sunday’: There are givens in NFL this year

Forget ‘any given Sunday’: There are givens in NFL this year 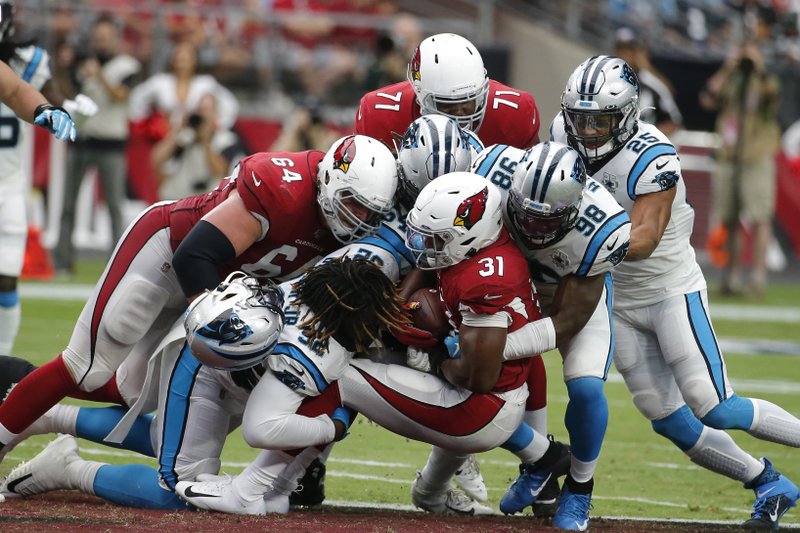 You can take that “any given Sunday” bromide and toss it out with some of Case Keenum’s interceptions. So far in 2019, there is a Grand Canyon between the contenders and everybody else.

Sure, there will be upsets — or what we conclude are upsets until we learn more about the 32 teams. No, the Dolphins aren’t likely to pull off one of those anytime soon, and the NFL’s bottom teams won’t have their players filling fantasy rosters.

What’s depressing is that apparently the clubs that can’t find their way into the victory column, or who luckily have because they faced another helpless team, are so far removed from the top that they might as well be playing in Conference USA.

How wide is this gulf? Enough that already there are a half-dozen teams whose only remaining goal should be displaying some improvement as we head into winter.

In Miami, that would constitute not getting blown out; the Dolphins have been outscored 133-16, a historically inept pace. In New Jersey, it would involve the Jets’ Sam Darnold returning from mononucleosis and taking the kind of step highly touted second-year quarterbacks should achieve.

In Cincinnati , it’s a matter of figuring out how to run the ball and stop opponents from doing so. In Arizona, adapting to new coach Kliff Kingsbury’s offensive schemes and seeing that Kyler Murray is healthy and progressing.

For the Redskins, the objective soon will be developing first-round QB Dwayne Haskins, a dicey proposition as coach Jay Gruden also looks to keep a job that is slipping away with each poor game.

And in Oakland, it just might be not turning off the folks in the Nevada desert who next year will claim the Raiders as their own.

Does anyone really think any of those clubs can stage the kind of turnaround that the Colts (1-5 to a wild-card playoff win) did in 2018?

Even some teams a mere game out of their division lead — Tampa Bay, Atlanta, the Giants — have shown more inclination to be cellar dwellers than title chasers.

The two teams seemingly with at least a decent chance of stopping the freefall are Denver and Pittsburgh.

It’s surprising that the Broncos are 0-3; they were a second from beating Chicago, which might have received a break with the clock to grab that Week 2 win. Has Denver’s defense really taken a Mile High holiday with no sacks and no turnovers yet? Is the offense in neutral for good?

“I understand that sometimes it can get frustrating because you want to win, but at the same time you’ve got to understand these guys are young and they’ve got to grow to be professionals. You don’t step into the NFL and say, ‘Oh yeah, that guy’s a pro.’ Some people it takes three or four years for them to even get in the groove of it. You’ve got to understand, you guys are just thinking about football, but these guys are balancing stuff off the field to try to just get a rhythm of just being a true pro.”

Pittsburgh would seem to have enough true pros, plus a Super Bowl-winning coach in Mike Tomlin, to find the formula to be competitive and victorious. Sure, Ben Roethlisberger (elbow surgery) is done for the season and the other two main weapons when the Steelers had their own triple threat on offense — RB Le’Veon Bell and WR Antonio Brown (anybody heard from him this week?) — also are gone. But unlike so many of the other stragglers at the bottom of the standings, there is plenty of talent in Pittsburgh to get things righted.

“We’re not into the keep-it-together discussions,” Tomlin says. “That’s not how we’re built. We have a game next week. We’ll be ready.”

Now, should they fall to the winless Bengals ...