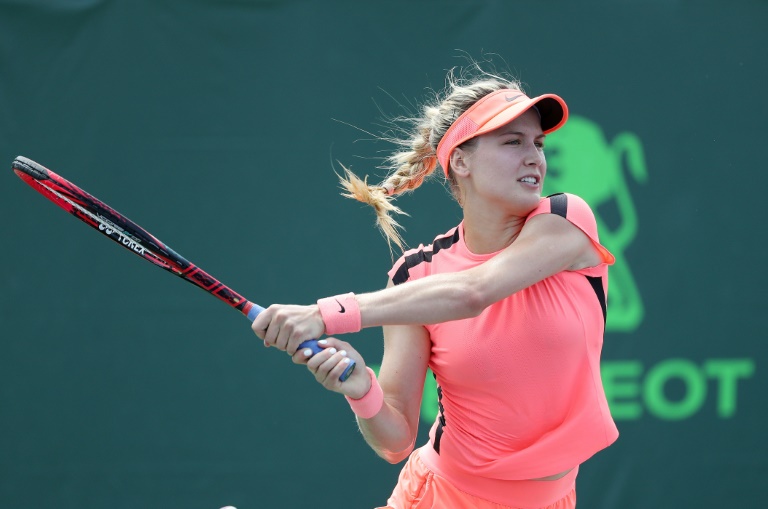 Eugenie Bouchard made a winning start to her bid to qualify for Wimbledon.(Photo: AFP)

Struggling former Wimbledon finalist Eugenie Bouchard started her bid to qualify for the Grand Slam with a 6-0, 6-2 victory over Zhu Lin on Tuesday.

Bouchard became the first Canadian to reach a Grand Slam singles final when she made the Wimbledon title match in 2014 before losing to Petra Kvitova.

But hampered by injuries and poor form, Bouchard has got to the quarter-finals of a major only once since then as she plummeted down the rankings.

Bouchard failed to make it beyond the opening round in two of her last three Wimbledon appearances and in January dropped out of the top 100 for the first time in five years.

The 24-year-old, ranked 191st, missed her first Grand Slam since 2013 when she failed to qualify for the French Open last month.

Wimbledon declined to give Bouchard a wild card, meaning the star was forced to embark on a first trip to unglamourous Roehampton for the qualifying event.

But Bouchard has shown signs of life on grass this month, reaching the quarter-finals in Birmingham before losing to Jennifer Brady.

However, Bouchard needs to win two more matches to secure her place in the women's main draw at the All England Club.

Her next opponent is Slovakia's Karolina Muchova on Wednesday.

"I'm pretty happy. It's important on grass to start well. It was pretty solid," Bouchard said.

Asked if it was difficult to have to qualify for an event she thrived in just four years ago, Bouchard said: "It's not hard at all. I'm happy to be here."

Another former Wimbledon finalist, Vera Zvonareva, also made it through the first round of qualifying, as the 33-year-old beat Japan's Eri Hozumi 6-2, 6-3.

Zvonareva, beaten by Serena Williams in the 2010 final, took over two years off to get married and become a mother before returning in late 2017.

The Russian former world number two, who was a US Open finalist in 2010, plays Uzbekistan's Sabine Sharipova in her next qualifier.

Lisicki was in tears during the 2013 final as she was beaten Marion Bartoli in her only major title match to date.

Playing her first match for three months after a serious knee injury, Lisicki, whose ranking is down to 159, slumped to a 6-4, 7-6 defeat against Russia's Anna Kalinskaya.