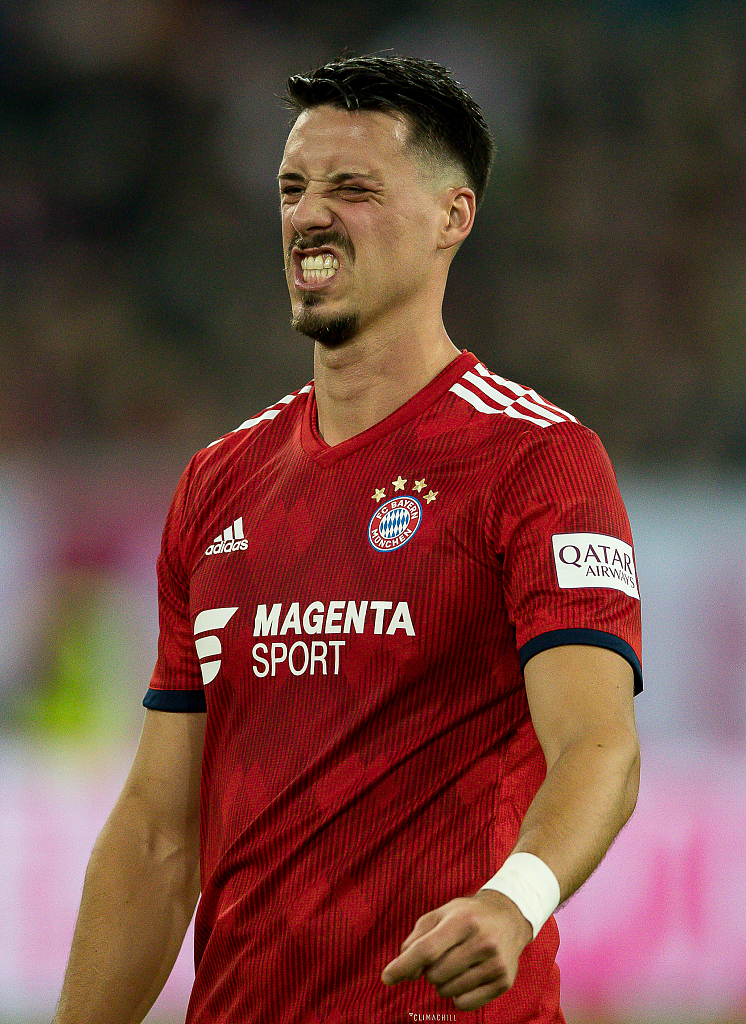 Sandro Wagner of Muenchen reacts after missing a penalty during the Telekom Cup 2019 Final between FC Bayern Muenchen and Borussia Moenchengladbach at Merkur Spiel-Arena on January 13, 2019 in Duesseldorf, Germany. (Photos: VCG)

Bayern sporting director Hasan Salihamidzic says "Wagner came to us to ask us to free him from his contract. He received a very attractive offer from China and so we granted his wish."

The Munich-born striker, who had played in Bayern's youth setup, rejoined the club last January as a backup for Robert Lewandowski.

He scored eight goals in 21 league games for Bayern but failed to make the squad after the break for games against Hoffenheim and Stuttgart.

Wagner, who was 29 by the time he made his Germany debut, quit the national team abruptly last year when he wasn't picked for its preliminary World Cup squad. He scored five goals in eight appearances for Germany.