Dunhuang is a historical city in Northwest China. It was a key hub on the route, known as the Silk Road, between China, Western Asia and the sub-continent of India in ancient times. The city is famous for its caves and murals. The exquisite murals feature various images, such as Buddhas, animals, and architecture, reflecting the communication and integration of different cultures. These photos show four auspicious animals in Chinese traditional mythology among these murals. (Photos provided to Guang Ming Daily; compiled by Huang Yuzhang) 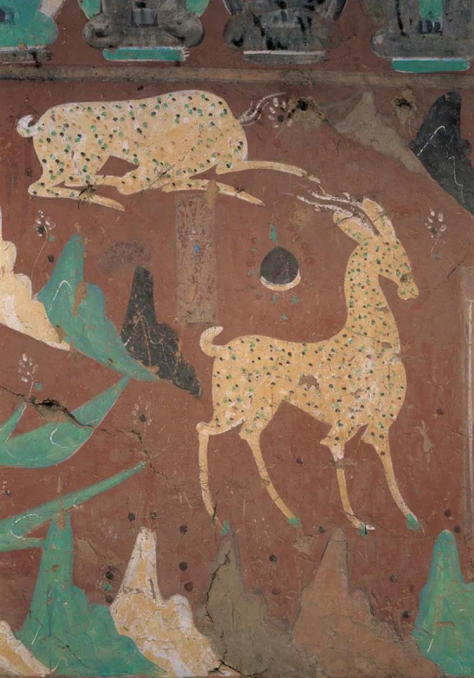 Jiu Se Lu, which means nine-color deer in Chinese, was painted during the Northern Wei Dynasty (386-534 AD) in Mogao Cave 275. According to legend, Sakyamuni Buddha, the founder of Buddhism, was a nine-color deer in his prelife. The deer once saved a drowning man and told him not to tell others about their encounter. However, the man still reported the whereabouts of the deer to the king in order to get rewarded. The deer told the story of the man’s betrayal to the king after being tracked down. In the end, the king released the nine-color deer and punished the selfish man. 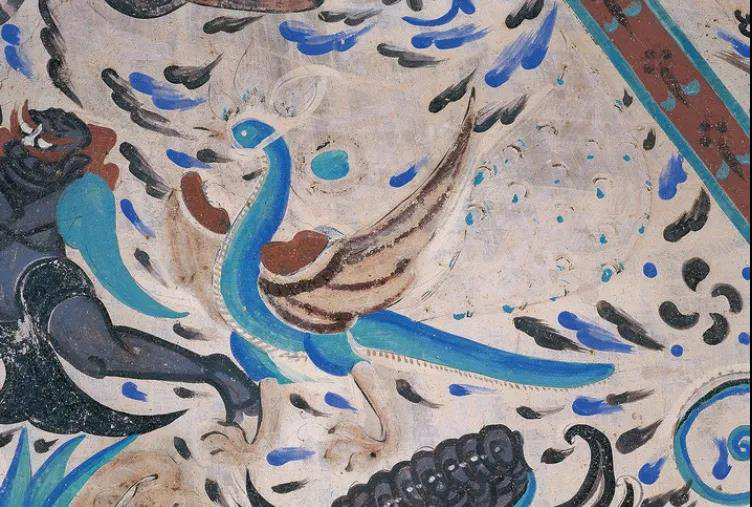 Qing Niao, which means blue bird in Chinese, was painted during the Western Wei Dynasty (535-556 AD) in Mogao Cave 249. The bird was said to be a servant of Xi Wang Mu, a goddess in Chinese myths. The bird was responsible for serving food and sending message for the goddess, and was thus regarded as the messenger between human and gods. In ancient Chinese poetry, Qing Niao is also a symbol of yearning between lovers. 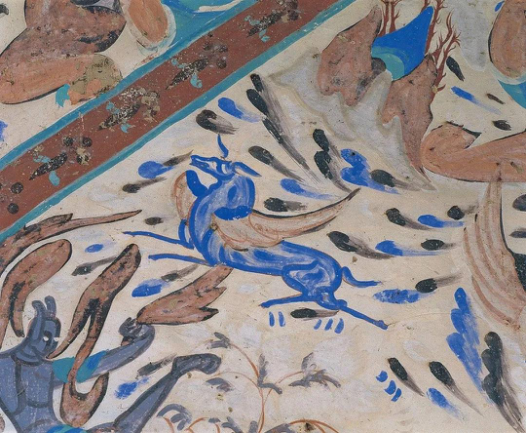 Yi Ma, which means winged horse in Chinese, was also painted during the Western Wei Dynasty in Mogao Cave 249. It is a blue horse with two wings, flying along with gods in the sky. The image of Yi Ma embodies ancient people’s longing for the sky. As it also exists in Persian culture, it provides solid evidence for the communication between different cultures. 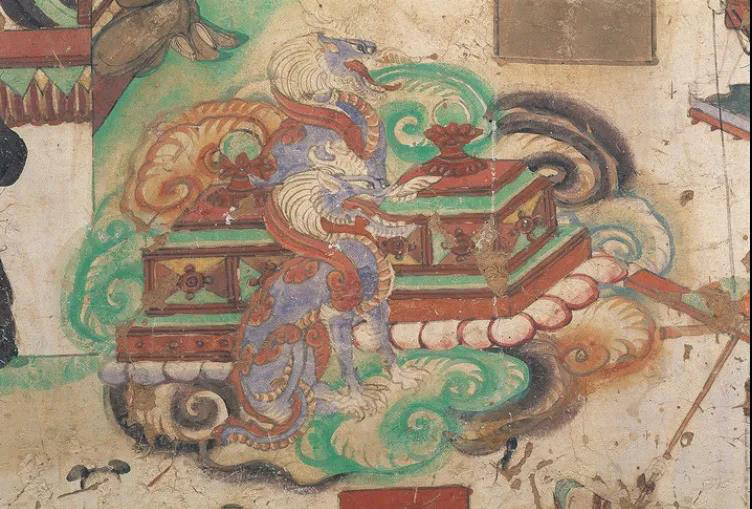 Shou Bao Long, which means treasure guardian dragon in Chinese, was painted during the Tang Dynasty (618-907 AD) in Yulin Cave 25. In this mural, there are two dragons sitting on the rosy clouds and guarding the treasure. They are regarded as a symbol of blessing.