France issues special stamps to celebrate the year of pig

The French national post office La Poste started selling two sets of stamps on Monday to celebrate the upcoming Chinese lunar New Year, which will usher in the "Year of the Pig," and to commemorate the 55th anniversary of China-France relations. 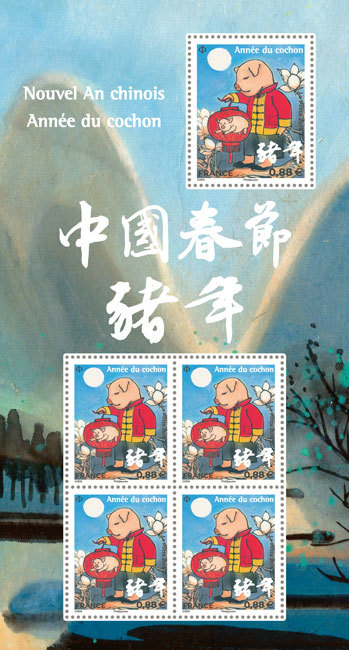 The set of stamps with mountain in the background for domestic posts. (Photo: La Poste) 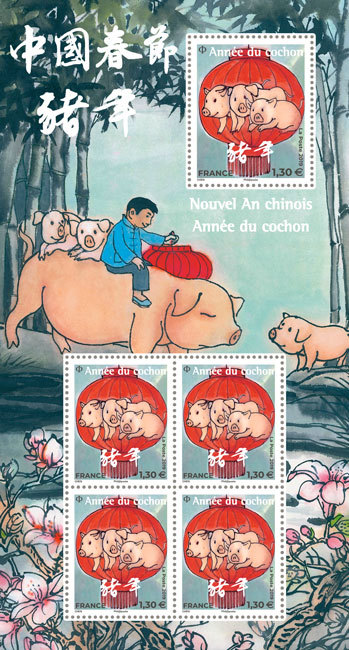 The set of stamps with lanterns in the background for international posts. (Photo: La Poste)

This year's stamps mark the 14th Chinese Lunar Calendar series. The first series was issued in 2005 for the zodiac year of rooster. Since then, the French post has issued a special set every year to celebrate Chinese New Year.