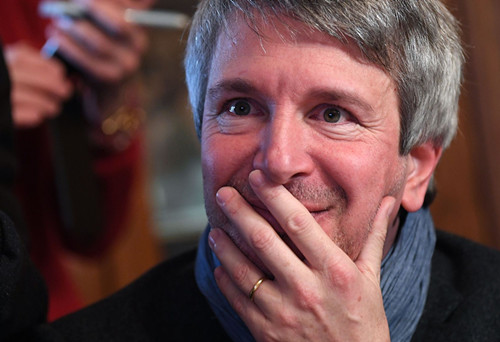 French writer Eric Vuillard reacts after being awarded with the Prix Goncourt for "L'Ordre du Jour" on November 6, 2017 at the restaurant Drouant in Paris. (Photo: Eric FEFERBERG/ VCG) 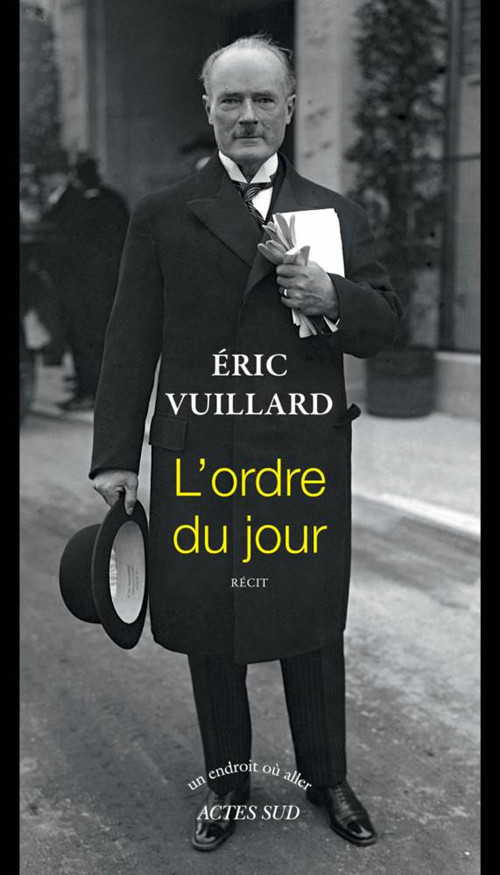 The novel is about Anschluss (German word for the annexation of Austria into Nazi Germany on March 12, 1938) in World War II.

Vuillard was born in 1968 in Lyon. He has won more than six literature prizes and directed two films: L'homme qui marche (The Walking Man) and Mateo Falcone. 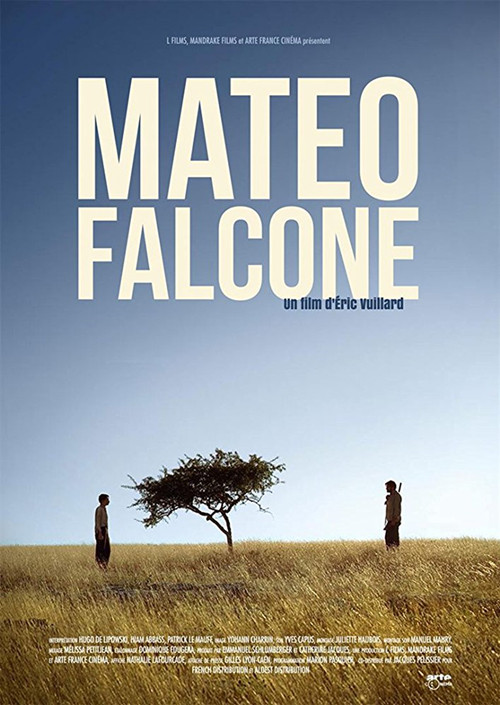 The shortlist for the 2017 Prix Goncourt was announced at the Frankfurt Book Fair on October 12.

The Prix Goncourt is given by the Académie Goncourt (Goncourt Academy) to the author of "the best and most imaginative prose work of the year.”

The Prix Goncourt to France is as important as the Nobel Prize to the world.

Leïla Slimani, the 2016 winner, said, "The word 'Goncourt' is extraordinary. I had no idea before getting the prize. People in other countries are amazed that authors in France are treated like stars." So far, Slimani's book, Chanson douce (Gallimard), has been translated into 37 languages.