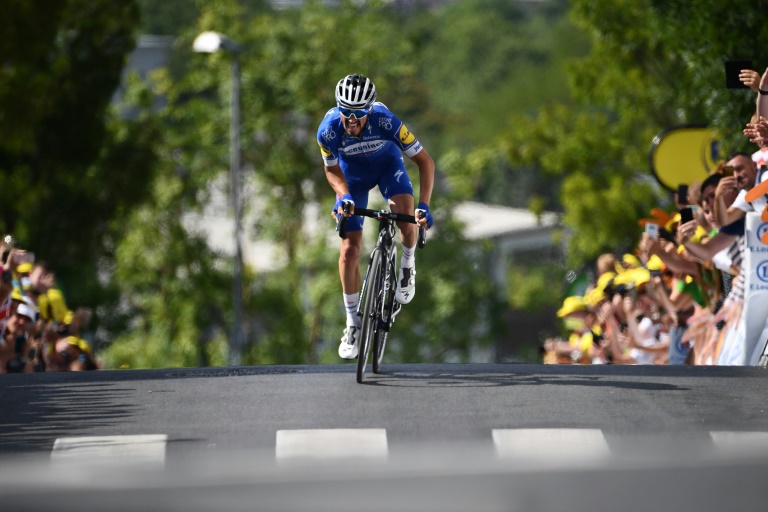 Julian Alaphilippe broke away and crested the final hill with enough of a lead to take the stage and the yellow jersey (Photo: AFP)

The Deceuninck-Quick Step rider gambled and attacked on the penultimate climb of the day, 15km from the finish in Epernay. He was strong enough to win by 23 seconds, despite a desperate effort from the pack to reel him in.

The crowd in the French Champagne region went wild as Alaphilippe rose in his saddle to swagger over the last steep climb, realising the overall leader's yellow jersey was at stake.

Julian Alaphilippe produced a magnificent show of power in stage three on Monday to give France its first win and take the overall lead in the 2019 Tour de France.

At the line, the 27-year-old had maintained enough power to establish a 20 second lead over Belgian prodigy Wout van Aert in the overall standings. A lead he could hold for several days.

"I was really up for it today, so when I saw the chance I went all in," said a red-faced Alaphilippe after his third ever stage win and his first yellow jersey.

"It's actually only starting to sink in now that I have the jersey," said the former soldier who was close to tears.

The Tour crossed into France earlier in the stage after opening with two stages in Belgium.

"What a beautiful way to start the tour here in France," he said.

"Having this on my back is something I'll never forget, its the recompense of everything I have done since I first got on a bike."