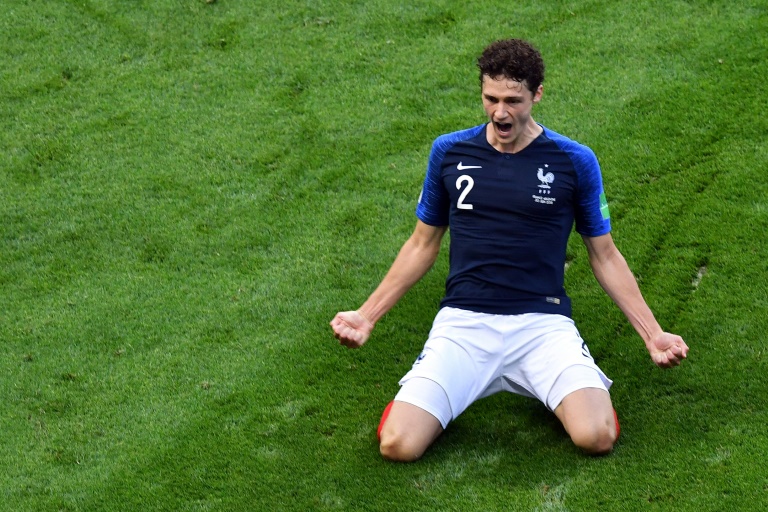 France right-back Benjamin Pavard has won the 2018 World Cup goal of the tournament award for his stunning strike against Argentina, FIFA announced on Wednesday.

The 22-year-old Stuttgart defender ran onto a left-wing cross from Lucas Hernandez and sent a right-footed half-volley spinning into the top corner to level eventual champions France's last-16 tie with Argentina at 2-2 in the 57th minute.

France went on to win the game 4-3 before beating Croatia in the final on July 15.

Pavard's effort won a public vote to be named the best of the 169 goals scored in the tournament, seeing off competition from Colombian midfielder Juan Quintero's free-kick against Japan and Luka Modric's goal in Croatia's group-stage thumping of Argentina.