Making his first opening day start, Kyle Freeland pitched like it was just another game, which means the Colorado Rockies won. 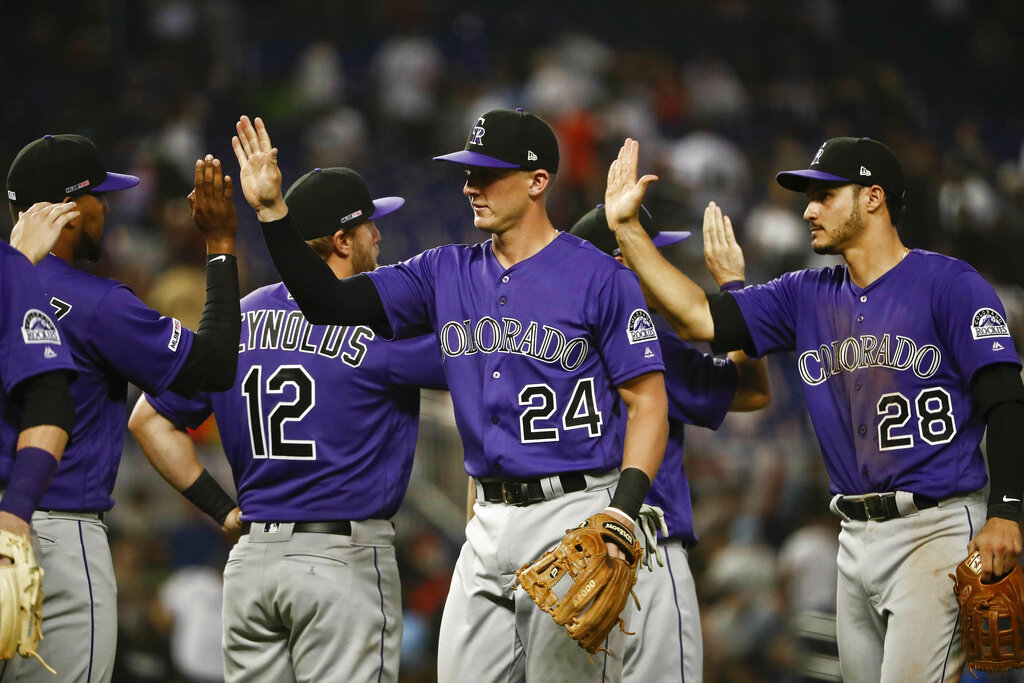 The left-hander allowed two hits and one run in seven innings, and Colorado beat the sloppy Miami Marlins 6-3 Thursday.

Freeland (1-0), who had a breakout 17-win season in 2018, retired his first 11 batters before Starlin Castro lined a single. The only other hit Freeland allowed was a pinch-hit home run by J.T Riddle leading off the sixth inning.

"I try to keep my mental state the same throughout the season," the left-hander said. "I try not to change anything just because it's opening day and a new season. There's really no reason to."

True enough. The Rockies have won 16 of Freeland's 18 regular-season starts since July 2, and he has won nine consecutive decisions, the longest active streak in the major leagues.

Miami had only four hits but had three home runs, including two by pinch-hitters for only the second time in franchise history. But the crowd was booing by the fourth inning, when the Rockies scored four times with the help of two errors.

"We feel like we're a long and deep lineup, and there are no easy outs," Story said.

Overall, it was the kind of start the Rockies had in mind as they seek their third consecutive trip to playoffs, and the first NL West title in franchise history.

One downer for Colorado: Charlie Blackmon and newcomer Daniel Murphy each went 0 for 5 at the top of the order.

The Rockies had a 6-0 lead by the fifth inning for Freeland, who struck out five and threw 93 pitches. He committed a throwing error but also made a nifty barehanded grab on the run to cover first for a 3-1 putout.

Manager Bud Black liked the way Freeland responded with men on base.

"He has the ability to make pitches at critical times," Black said. "The fight in him is second to none."

The Marlins are off to a 0-1 start for the fifth consecutive year, and despite a rebranding that includes new colors and a new logo, they could be headed for their 10th losing season in a row.

Neil Walker hit a pinch-hit homer in his first at-bat for Miami. Teammate Jorge Alfaro, another Marlins newcomer, homered with two out in the ninth. 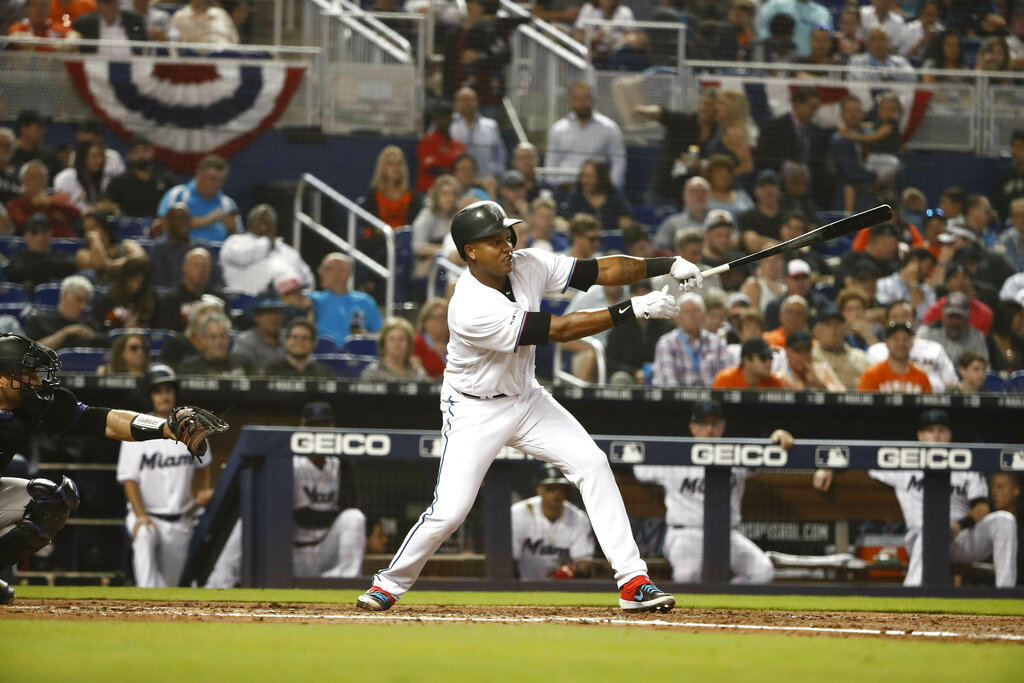 Miami Marlins' Starlin Castro (13) hits a single in the fourth inning during a baseball game against the Colorado Rockies, Thursday, March 28, 2019, in Miami.

Dahl hit a line drive off Urena's left calf in the second inning, prompting a visit to the mound by Miami's trainer. Urena went on to allow six runs, four earned, in 4 2/3 innings.

"Jose hung in there," manager Don Mattingly said. "I think after he got hit, it took some wind out of his sails. You could see it as the game went on."

"It's going to be a little tender, a little bit tight, but I'll be fine," he said.

Miami's defense turned leaky in the fourth, when shortstop Miguel Rojas made a wild throw to first and center fielder Lewis Brinson let a single elude him, allowing a runner to score from first.

Earlier, catcher Alfaro was slow to pursue a pitch that bounced away from him, which permitted a runner to advance.

"When you don't play a crisp game — we made some mistakes that led to runs," Mattingly said.

Derek Jeter, beginning his second season as the Marlins' CEO, watched the start of the game from the second row but was out of there by the fourth.

The game drew a crowd of 25,423 at Marlins Park, where the outfield wall is now navy instead of a garish green, and the widely disliked home run sculpture has been replaced by a tiered, standing-room-only area.

With rain in the area, the retractable roof was closed.

Cover image: Miami Marlins starting pitcher Jose Urena does a ritual on his way to the mound during the second inning of the team's baseball game against the Colorado Rockies on Thursday, March 28, 2019, in Miami.