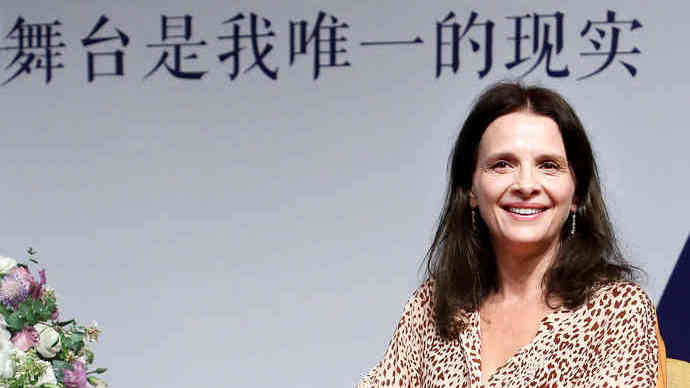 "Barbara turns the darkness of life into brightness and the black velvet into brilliant sunshine. She lived an extraordinary life as a female artist," said the A-list actress.

"No woman is perfect. There are only real women in this world, real and true. I believe women should be brave to accept themselves (at) whatever age they are."

The actress visited Shanghai twice in 2009 to participate in an international film festival and stage a dance drama.

Binoche told the press she is looking forward to cooperating with Chinese film director Jia Zhangke.

"I am a fan of Jia Zhangke. He has a sensitive and delicate style, and his movies open an eye for the audience," she said.

The musical will be staged in Shenzhen and Beijing Thursday and Sunday respectively.