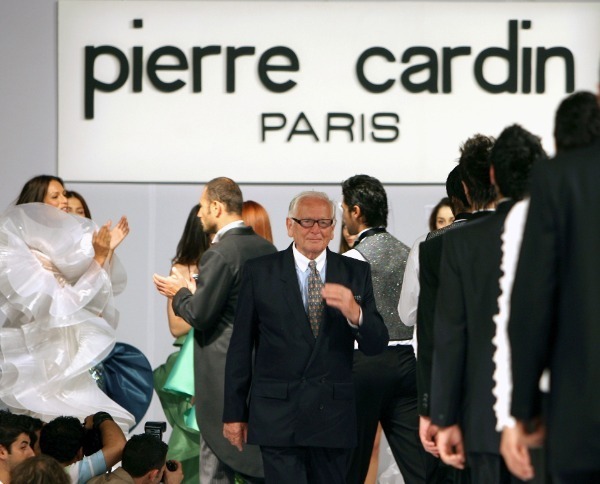 French fashion designer Pierre Cardin opened his restaurant Maxim's in 1983 about 3 km from Beijing's famed Tian'anmen Square. This high-end eatery is where many Beijingers have their first taste of authentic French food without having to step foot in Paris.

On Thursday, Pierre Cardin China hosted a memorial service at the restaurant to honor the entrepreneurial designer who died Tuesday at the age of 98.

The dining hall was arranged with festive decorations and fresh flower wreaths presented by Chinese fashion, art and cultural societies as well as individuals.

Chief Representative of Pierre Cardin China, Fang Fang, said the memorial was held for the fashion designer's Chinese friends and fans to share their memories of his pioneering business moves, which inspired China's haute couture.

Pierre Cardin was the first Western couturier to stage a fashion show in the Chinese mainland in 1979, shortly after the country adopted its reform and opening-up policy.

"I was deeply impressed by the sharp contrast between the confident, beautiful and tall models on the stage and the shy audience dressed in blue and green," said retired Xinhua journalist Li Anding who reported on the show held in the Cultural Palace of Nationalities in Beijing.

Li recalled that the fashion show brought colors to Chinese people's perception of fashion at that time.

Jerry Zhang, a member of the professional fashion modeling committee of the China Fashion Association, was among dozens of people that attended the memorial on Thursday.

"I saw the 1983 Pierre Cardin show in China -- the year I graduated from university. From the show, I knew what were models," said Zhang, who is the founder of Beijing's first fashion model team.

Zhang was grateful to Pierre Cardin for introducing him and many other Chinese fashion lovers into the international fashion circle.

With Pierre Cardin's pioneering moves, the L'Oreal Group was among the first batch of French enterprises to enter China.

"The success of Pierre Cardin is an epitome of China's move to embrace the global fashion market after its reform and opening-up starting in 1978. There is no other market in the world like China that can bring so much excitement," said Jean-Paul Agon, chairman and CEO of the L'Oreal Group.

Over the years, Pierre Cardin has held many fashion shows in China, setting up stages at Chinese tourist and cultural landmarks such as the Great Wall, Beijing's Imperial Ancestral Temple and southwest China's Kunming Stone Forest as well as the millennium-old Mogao Grottoes in China's northwest city of Dunhuang.

Born in 1966, Tu was among the first batch of professional fashion designers graduated from the China Textile University in the 1990s.

The magazine became China's best-selling fashion magazine in the 1990s.

"Pierre Cardin helped stimulate an expansion of the modeling and brokerage business in China's fashion industry, which has become a win-win industrial chain linking the East and the West," she said.