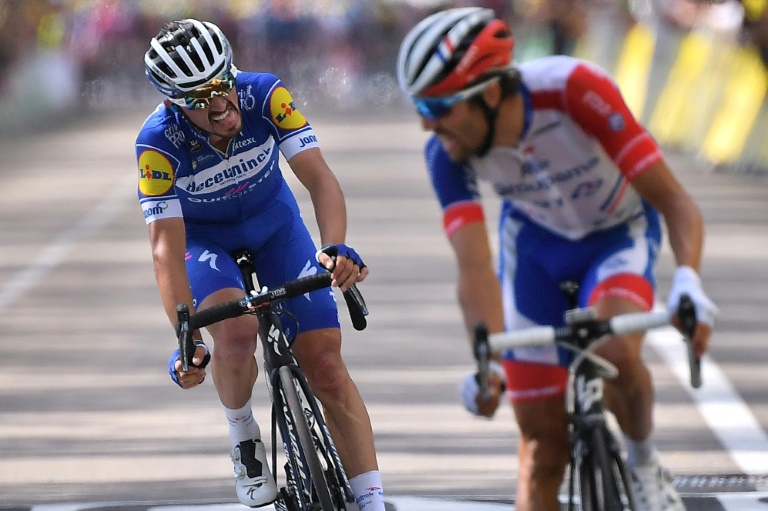 Former soldier Alaphilippe took the overall lead on stage three with a stunning solo break but lost it to Italy's Giulio Ciccone at the Planche des Belles Filles mountain slog on Thursday.

However, with 15km to go on Saturday, Alaphilippe and Pinot combined to drop the peloton in a desperate bid to get back the yellow jersey and for Pinot to take time in the overall on his title rivals.

They could not catch De Gendt, the Belgian who won by six seconds, but beat Ciccone by 20 seconds for Alaphilippe to regain the yellow and wear it on Sunday for the July 14 festivities.

The last French rider to be in yellow for Bastille Day fireworks was Tony Gallopin in 2014.

Saturday's stage was a notable success for FDJ captain Pinot, who was ecstatic after climbing to third in the overall standings behind Alaphilippe and Ciccone.