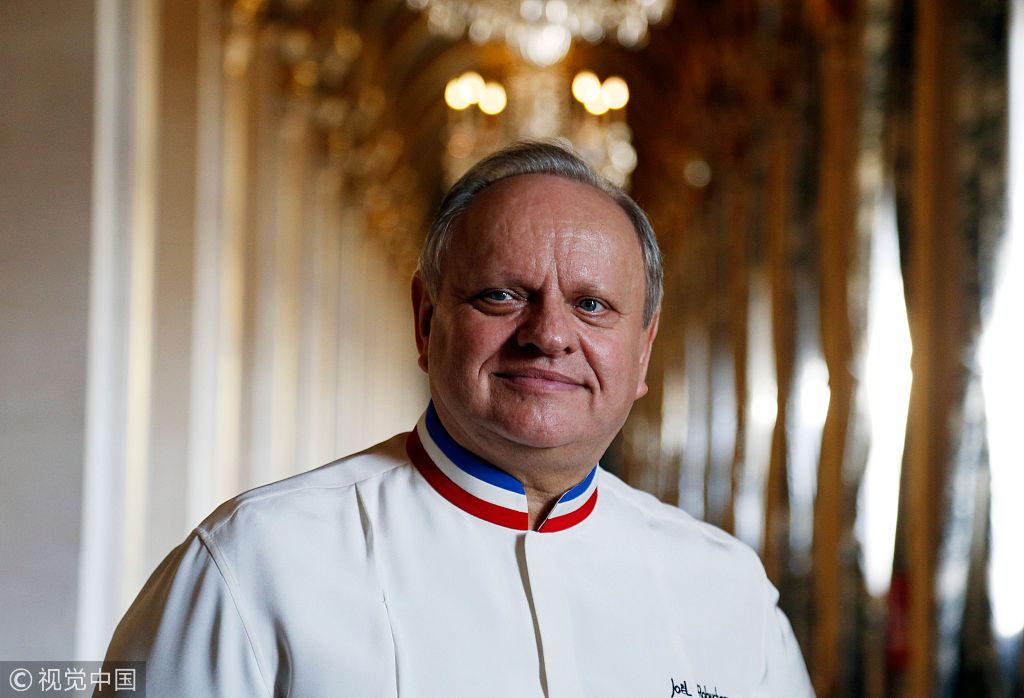 In this file photo taken on January 14, 2016 French chef Joel Robuchon poses in a corridor in the Hotel de ville of Paris during the Grand Vermeil award ceremony, rewarding the best chefs of Paris. (File photo: VCG)

Joel Robuchon, a master chef who shook up the stuffy world of French haute cuisine by wowing palates with the delights of the simple mashed potato and giving diners a peek at the kitchen, has died. He was 73.

A spokeswoman for Robuchon confirmed his death, with French TV station BFM and newspaper Le Figaro reporting that he died in Geneva on Monday from cancer, citing his entourage.

His career was one of superlatives: Named among the best craftsmen in France in 1976, crowned cook of the century in 1990, one of the cooks at the “dinner of the century,” and, for years, holder of the most Michelin stars in the world.

Robuchon was known for his constant innovation and even playfulness in the kitchen — a revelation to the hidebound world of French cuisine.

He had built an empire of gourmet restaurants across the world.

“To describe Joel Robuchon as a cook is a bit like calling Pablo Picasso a painter, Luciano Pavarotti a singer, Frederic Chopin a pianist,” Patricia Wells, a cook and food writer, wrote in “L’Atelier de Joel Robuchon,” a book about the chef and his students. “Joel Robuchon will undoubtedly go down as the artist who most influenced the 20th-century world of cuisine.”

While he was no stranger to the fancy — truffles and caviar were among his favorites — his food was often described as simple because he preached the use of only three or four ingredients in most dishes and his goal was always to show off, not mask, their flavors.

He started a revolution with his “Atelier” — workshop in French — model: small, intimate restaurants where diners sat at a counter surrounding the kitchen. It didn’t take reservations and it didn’t have tables (for the most part).

His goal, he said, was to make diners feel comfortable, let them interact with the chef and, above all, put the focus back on the food. It was partially a rebuke to the Michelin star regime, which awards points not just for technique but also for the ambiance and service.

But Michelin, and just about everyone else, gobbled it up. And thanks to Ateliers around the world — from Las Vegas to Tokyo — Robuchon reached a total of 32 Michelin stars in 2016 —a record— and still held 31 stars this year, including five three-star restaurants.