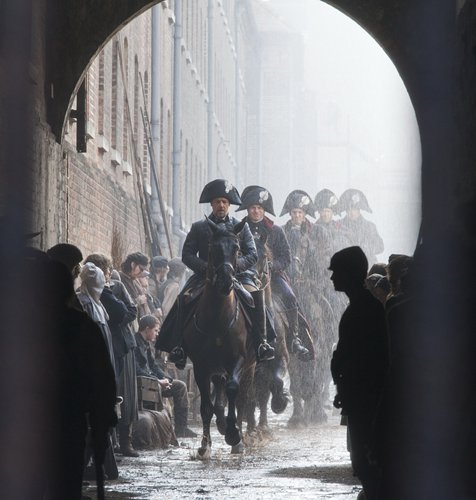 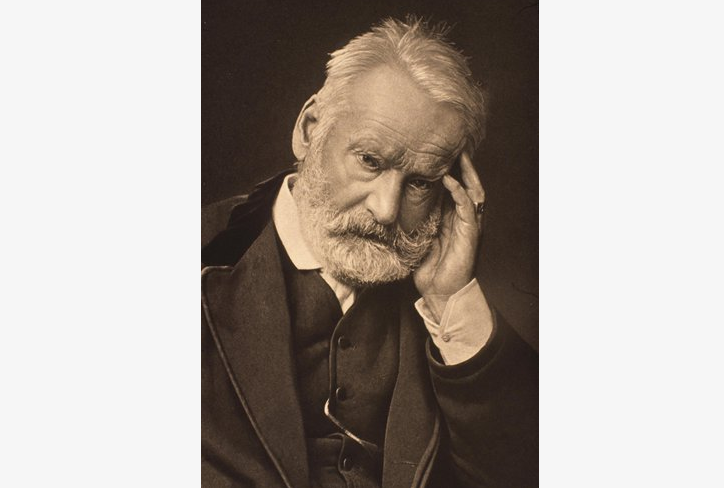 He is worshipped as a saint in thousands of Vietnamese temples, held up as a prophet of European unity and a human rights hero for his campaigning against the death penalty.Now the great French novelist Victor Hugo is about to become a television icon with a big-budget BBC adaptation of his masterpiece Les Miserables and an equally lavish series retelling his hugely eventful private and political life.A literary sensation by the time he was 30 with The Hunchback of Notre Dame, Hugo quickly became the conscience of his generation.Appalled by the misery he saw on the streets, the young royalist became a republican hero and was forced into exile for two decades after he declared Napoleon III a dictator and a "traitor to France." This Damascene conversion is at the center of Victor Hugo - Enemy of the State, a four-hour portrait of the writer now being shot in France by the maker of the hit spy series The Bureau. Director Jean-Marc Moutout said Hugo's remarkable political journey and his equally energetic love life are at the center of the story, which was unveiled at MIPTV, the world's biggest entertainment market in Cannes, France, on Saturday.Fugitive"When the series begins in 1848, Victor Hugo is already well-acquainted with fame and fortune. He has risen to the ranks of nobility. When the series ends, three years later, he is a fugitive with a price on his head and republican," Moutout said."I want to show the gradual change in Hugo's awareness and commitment, plunging into the heart of the era and the life of this great man. Both are intimately linked, since Hugo abandons literature for the political fight."The series also features his lover of 50 years Juliette Drouet, played by Isabelle Carre, who followed him into exile in Guernsey, a Channel island between France and Britain.Drouet became his official mistress, but conjugal loyalty was not one of Hugo's strong points. Despite being revered as a saint by the Vietnamese Cao Dai religion, and the scores of affairs and flings Hugo conducted, documenting each tryst in code right up to within weeks of his death aged 83,2 million people - then more than the official population of Paris - lined the streets for his funeral.Gutsy 'Les Miserables' Master adapter Andrew Davies has also vowed to get plenty of Hugo's earthiness into his take on Les Miserables which is now being shot by the BBC.The veteran screenwriter, now 81, was the brains behind a string of costume drama hits for the British public broadcaster including Pride and Prejudice, Middlemarch and War & Peace.Davies described Les Miserables, the sprawling story of Jean Valjean, who spent years in prison for stealing a loaf of bread for his starving sister, as "huge, intense and gut-wrenching." "Most of us are familiar with the musical version, which only offers a fragmentary outline of the story," which reaches its climax during the 1848 Revolution in Paris."I am thrilled to have the opportunity of doing real justice to Victor Hugo at last," he added.The Wire star Dominic West is playing the convict hero Valjean in the six-hour costume drama, which was previously backed by disgraced Hollywood producer Harvey Weinstein."Jean Valjean is one of the great characters in world literature," West said of the 1862 novel, which also inspired Andrew Lloyd Webber's blockbuster musical."His epic journey of redemption is one of the extraordinary roles an actor can take on," he added.Hugo, whose work has been turned into 35 films and numerous TV series, is also the subject of an epic new biography in English by Graham Robb as well as The Novel of the Century: The Extraordinary Adventure of Les Miserables by David Bellos.Both point out that although Hugo the public man became a larger-than-life character in his own lifetime, it was for his poetry rather than his novels that he was best known and loved.